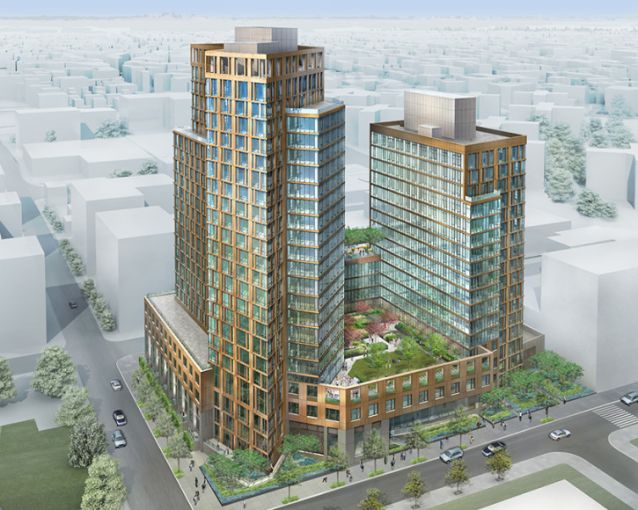 Now that Durst Organization is finally moving forward with the construction of its Halletts Point megaproject in Astoria, the developer has signed a deal to bring a local grocery store to its first building there.

Brooklyn Harvest Market has inked a 26-year lease for 24,036 square feet on the ground and mezzanine levels of Building 1 at Halletts Point, according to a press release from the developer. The Wall Street Journal was the first to write about the deal. The grocer has two locations in Williamsburg, at 25 North 5th Street and 205 Union Avenue, but the Halletts Point outpost will be its first in Queens.

The store will occupy the base of a 405-unit rental tower, which is under construction and set to open next spring. Brooklyn Harvest will open in the summer of 2018.

When it’s complete, Halletts Point will span 2 million square feet and include seven buildings with 2,400 apartments, 20 percent of which are expected to be affordable. Durst broke ground on the $1.5 billion development early last year and immediately stopped work because the 421-a tax break expired. Now that the rental-friendly exemption has returned, the developer is restarting construction.