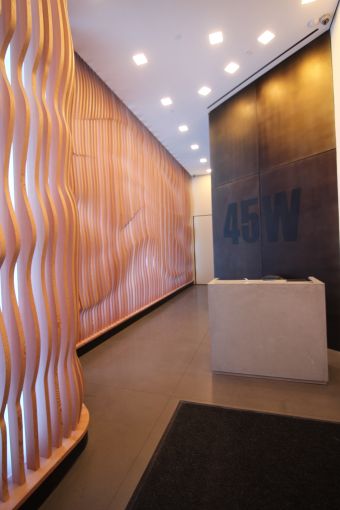 MarketFactory, Frame.io and Cuebiq each inked separate 5,702-square-foot leases at the building between Avenue of the Americas and Broadway, Commercial Observer has learned. The companies are planning to move into the building in the summer.

In the MarketFactory deal, the financial technology company which helps banks, brokers and funds trade around the globe, will take the entire top floor of the 12-story building. It signed a seven-year deal and the asking rent was in the low $70s per square foot range. The space comes with a 1,000-square-foot roof deck.

“After looking at several neighborhoods, Market Factory was drawn to the centrally located Flatiron District,” said Sam Saffman of Savitt Partners, who along with colleagues Michael Schoen, Harrison Katzman and Brian Neugeboren, represented MarketFactory in the transaction. “[The building at] 45 West 27th provides MarketFactory with full-floor presence with outdoor space, all within a building that gives the company the ability to expand further in the future.”

MarketFactory is planning to relocate from its current 3,000-square-foot space at 425 Broadway between Howard and Canal Streets.

In another deal, Frame.io, a platform that allows colleagues to easily share information and collaborate on projects, will take the entire 10th floor of the building. The company, which has clients such as Apple, Spotify, BuzzFeed and Facebook, has inked a five-year lease and the asking rent was in the high $60s per square foot.

Colliers International’s Eric Ferriello, Sam Einhorn and Robert Tunis brokered the relocation deal on behalf of Frame.io. The brokers declined to comment via a spokeswoman. It was not clear from where Frame.io was moving.

And in the final deal, the location data provider Cuebiq has signed a lease for the prebuilt space on the third floor. The three-year deal had an asking rent in the mid-$60s per square foot.

SquareFoot’s Arash Sadighi handled negotiations for Cuebiq, which uses the location data it collects from smartphone users via apps to understand consumer trends. It then sells services to marketing companies that want to target specific customers.

“We chose this space because of its personality, great location and full-floor presence, which will support our growth,” a Cuebiq representative said in a statement.

Cuebiq is moving from 79 Madison Avenue between East 28th and East 29th Streets. Sadighi could not immediately be reached.

“The demand for full-floor spaces, at the sizes we are offering, has been robust due to firms wanting to establish a brand presence in Midtown South,” Kaufman Organization’s Grant Greenspan said in a prepared statement.

Greenspan worked alongside colleagues Michael Heaner and Elliot Warren to represent the landlord in-house in the Cuebiq, MarketFactory and Frame.io deals, which took a ground lease on the building from Extell Development Company in 2014. (Extell then sold the land to New Jersey-based-Edison Properties in 2015).