Apple Takes a Bigger Bite Out of the General Motors Building 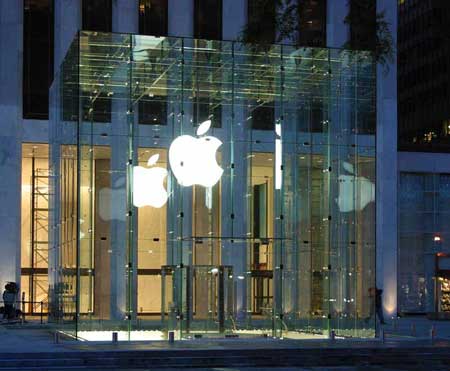 How ‘bout them apples?

Apple, known for its family of Macbooks, iPhones and other products, has signed a lease to grow by approximately 45,000 square feet, bringing its total footprint at the building between East 58th and East 59th Streets to more than 77,000 square feet.

Boston Properties’ President Douglas Linde made the announcement during the landlord’s quarterly earnings call earlier this week. The terms of the transaction were not immediately clear and nor was on what floor Apple would be expanding. A spokeswoman for Boston Properties did not respond to requests for comment.

Apple currently has 32,000 square feet of subgrade space at the building. It has begun temporarily using at-grade space in the GM Building previously occupied by FAO Schwarz while its new space is being renovated, Linde said. Apple will move into the newly renovated space in late 2018, Linde said.

After Apple vacates FAO Schwarz’s former location, the entire 53,000-square-foot space will be occupied by Under Armour, as Commercial Observer reported when the apparel company signed a deal last July.

A spokesperson for Apple did not return a request for comment when contacted by CO. The transaction was completed directly with the landlord, according to an industry source.

Boston Properties acquired the GM Building in 2008 from developer Harry Macklowe for $2.8 billion, according to property records. It currently owns the tower in a joint venture, but has a controlling 60 percent stake. The other 40 percent was purchased by Chinese developer Zhang Xin, head of Soho China, and Brazilian investors, as The Wall Street Journal reported in 2013.

The Real Deal first reported news of the Apple deal.