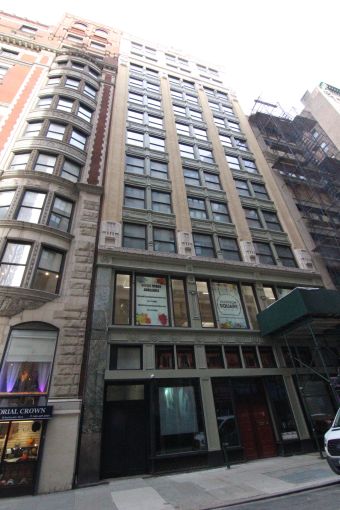 Design Bridge has signed a 5,702-square-foot deal to be the first tenant at the renovated 45 West 27th Street, according to Kaufman Organization, which owns the leasehold for the property.

The three-decade old London-based branding company, which works with major firms like Unilever, Guinness and Lipton, will occupy the entire seventh floor of the 12-story building. Asking rent in the three-year deal was in the mid-$60s per square foot.

Design Bridge expects to move into the building within the next three months. It is relocating from 5 West 20th Street between Fifth Avenue and Avenue of the Americas.

Kaufman’s Grant Greenspan, Michael Heaner and Elliot Warren represented the landlord in-house, while Design Bridge did not have a broker in the transaction.

“Design Bridge felt comfortable being the first tenant in the door because 45 West 27th Street is a superior and creative product with a look and feel that emulates their employees and clients and will provide an overall good work environment,” Greenspan, a principal at Kaufman, said in a prepared statement.

A representative for Design Bridge did not immediately return a request for comment.