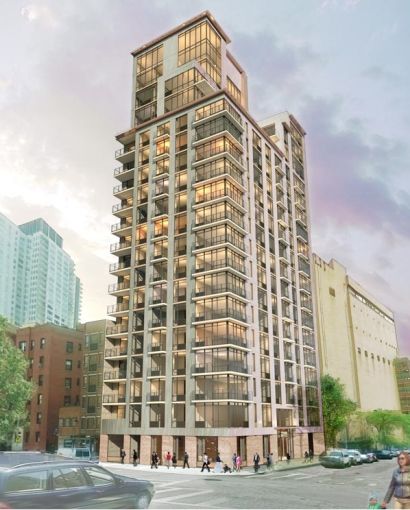 Capital One has provided a $43.5 million mortgage to Sky Management for its luxury apartment building at 501 East 74th Street, property records show.

The loan has a seven-year term and a fixed rate of 3.88 percent. It consolidates and extends previous debt on the property—including a $22 million construction loan that was provided by Santander Bank in 2014.

The debt was arranged by Meridian Capital Group’s Carol Shelby.

“Meridian leveraged its strong relationship with Capital One Multifamily Finance and was able to successfully close during the property’s stabilization period,” Shelby said in prepared remarks.

The property, located between East End and York Avenues, was built in 2015 and comprises 35 studios, 16 one-bedrooms, 29 two-bedrooms, three three-bedrooms and four penthouses, according to StreetEasy. Amenities include not one but two landscaped roof decks, a yoga or dance studio (depending on whether tenants prefer to downward-dog or plié) and a kids’ playroom.

“These are beautifully designed residences located in a neighborhood that is poised to benefit from the newly opened Second Avenue subway,” said Robert Akalski, a senior vice president in Capital One’s multifamily finance group. “We were happy to work with the borrower to find a solution that met their needs.”

Officials at Sky Management could not be reached for comment.