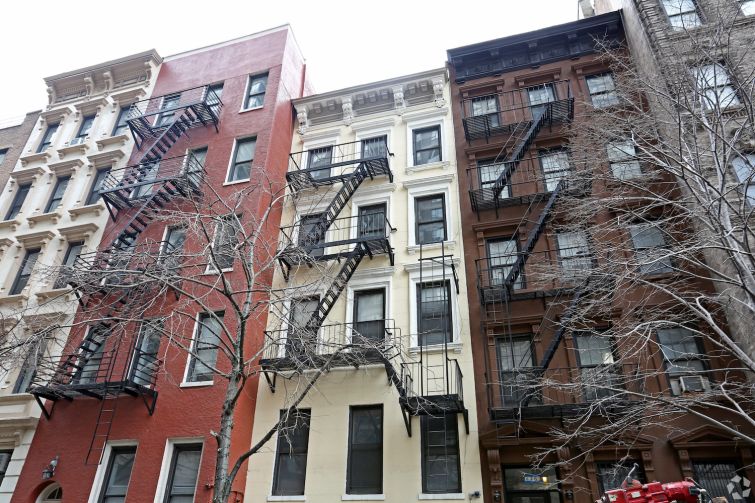 After triumphing in court and winning a foreclosure auction, Gamma Real Estate has closed on the $86 million acquisition of a development site at 3 Sutton Place, where it plans to build a 700-foot-tall condominium tower designed by Thomas Juul-Hansen.

Public records show that the assemblage includes three contiguous lots at 428-432 East 58th Street between First Avenue and Sutton Place. The filing of the deed is the final step in a year-long saga over the site, which has been locked in a legal battle between Joseph Beninati’s Bauhouse Group and N. Richard Kalikow’s Gamma Real Estate. A bankruptcy court order was filed with the city’s Department of Finance yesterday, coinciding with the deed.

Gamma paid $86 million for the properties and $12 million for additional air rights in a foreclosure auction last December, The Real Deal reported at the time. Two weeks later, the firm filed plans for a 67-story, 389-unit condo building. Over the past couple months, it has finished demolishing three tenement buildings that occupied the site.

Bauhouse Group had hoped to build a boxy, 1,000-foot-tall skyscraper designed by Norman Foster. The design and height inspired neighbors to organize against the development and try to secure a rezoning to prevent it from being built.

“We want to add to the architecture and rich legacy of Sutton,” Kalikow said. “Our plan, different from the prior owner’s, will certainly conform to the Sutton look and feel. The entire look and feel of the building, we want it to be contextual to the neighborhood. We don’t think the previous developer cared about whether it was contextual; he just wanted to build something eye-catching.”

Bauhouse originally purchased the Sutton Place properties for $32.3 million in 2015, according to public records. Then the firm spent another $33 million securing air rights and easements, to pave the way for a 68-story condo tower. It failed to line up construction financing for the upscale project and defaulted on $147 million in loans to Gamma in January 2016. Beninati filed for bankruptcy the next month to prevent Gamma from foreclosing on the property, accusing the lender of crafting a “calculated scheme” to seize control of the site. A bankruptcy court judge ruled in Gamma’s favor in November 2016 and greenlighted a foreclosure auction for the property on Dec. 13, according to TRD.

Beninati’s project has come to symbolize the softening of the luxury condo market, as CO noted last month. Lenders are more cautious than they were during the last, pre-recession development boom, and developers of some pricey projects are putting their projects on hold till the market is stronger.