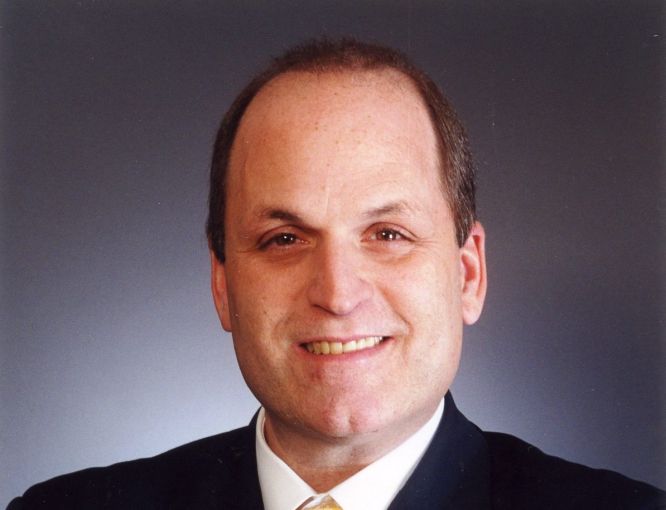 Jaccom, whose first day was today, has been friends with JRT’s founder, Jodi Pulice, for about three decades, both parties told CO. He wanted to get the chance to go back into brokerage, but not at Cresa, because there he felt displaced, he said.

The veteran broker and manager stepped down from his role as president and managing principal at Cresa just three months ago to become a vice chairman, working in a purely broker capacity and focusing on tenant representation. This was because the company was consolidating its roughly 70 independent offices into one entity called Cresa Global, headquartered in Washington, D.C., via a company-wide restructuring known as a “roll-up.” He was losing his hold on the New York office. (The brokerage relocated its headquarters to Washington, D.C. from Boston, after Jim Underhill was named chief executive officer in March 2016.)

“In the past if I wanted to hire somebody, I could do as I pleased,” Jaccom said. “I controlled the New York office. But with the roll-up I lost all of that control. I just felt uncomfortable. Anything that I do now, I just had to report back to the office. It just became something that didn’t feel comfortable for me in this point in my life.”

Jaccom’s five-year contract with Cresa was coming due this June. During his tenure he said he grew the firm’s workforce, which had just 13 brokers and no staff, to about 28 brokers plus seven people doing research, graphics, writing and in administrative positions. Cresa’s New York office revenue grew four-fold, he said, declining to provide actual numbers.

Since he lost power after the consolidation, Jaccom wanted to change firms and had talked with CBRE, JLL and Cushman & Wakefield. However, he ultimately decided that at 62 years old he didn’t want to deal with the “bureaucracies” of working in a larger firm. The Bedford Hills, N.Y. resident after all likes to take a few weeks off each year to go on fishing trips, which would be difficult as a top executive at a major firm, he said.

“I fish all over the world,” Jaccom explained. “At big companies I would have to report to certain meetings. I’d be more restricted at bigger firms. So at this point in my life, [a smaller firm] is better.”

However, at JRT he doesn’t have to worry about red tape and the small company (which has 11 brokers plus Jaccom and four staffers) has a partnership with C&W. JRT brokers has access to C&W data and other resources and can work on transactions together with the global firm.

“Jodi’s firm, even though it’s a smaller firm, it has the girth of a global one through Cushman,” Jaccom said. “It has the best of both worlds. I can go back to brokerage, without having to deal with the bureaucracies of a big firm.”

Jaccom’s departure is just another blow for Cresa’s New York office, which has been hemorrhaging talent of late. Principals Ed Wartels and Justin Halpern fled to C&W in December 2016, as CO reported at the time. Veteran broker Marcus Rayner left to be a vice chairman at Colliers International in October of last year.

A bonus: Jaccom’s friend Howard Cross, a former superbowl champion who was a tight end with the New York Giants, already moved from Cresa to JRT, Jaccom told CO. (He joined Cresa along with Jaccom, as CO previously reported.)

Cross was planning on moving to JRT regardless of whether or not Jaccom was going there, Jaccom said, because the African-American Cross wanted to work at a minority/women-owned business (M/WBE) like JRT, which is owned 100 percent by Pulice. Cross has already started his new position as an executive managing director at JRT and he brought over his Cresa team of Peter Brestovan, Jonathan Ortiz and Kevin Kennelly.

Jaccom’s primary goal, he said, at JRT is to build its tenant-rep business by completing large deals (and not focusing on management). JRT, a 21-year-old firm, is known for being a landlord agency.

“This is giving us an opportunity to have an experienced leader and he is going to further expand the tenant-rep platform,” Pulice said. “It fills a lot of gaps for us to have a larger footprint and expand in the business. My whole goal was to have a full-service firm. We do have some tenant-rep [deals], but this is Mark Jaccom’s sweet spot.”

Prior to Cresa, Jaccom was the CEO of the tri-state region of Colliers. And before that he was a principal at Julien Studley (now known as Savills Studley).

A Bronx native, Jaccom started as a broker at Coldwell Banker in 1979 in Long Island.