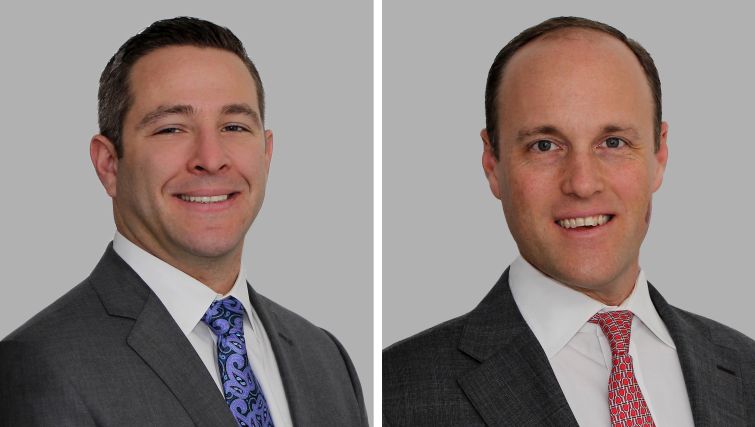 Cushman & Wakefield, which has been snapping up experienced brokers from its rivals, has now brought on Ed Wartels and Justin Halpern, both principals at Cresa New York, Commercial Observer has learned.

Wartels, who joined Cresa in 2002 and Halpern, who had been there since 2007, both officially began their tenures at C&W this Monday. Both Wartels and Halpern will be senior directors in C&W’s offices at 1290 Avenue of the Americas. The pair has been working as a team on tenant representation for four years and will continue to do so at C&W.

“Cushman & Wakefield is always aggressively recruiting top talent to join its deep bench of brokerage professionals, and Ed and Justin represent the exact type of future leaders the firm aims to attract,” John Santora, C&W’s president of the New York tri-state region, said in prepared remarks. “Both have reputations of going above and beyond for clients, and I’m confident that with access to Cushman & Wakefield’s robust global platform, both will be extremely successful here.”

Together Wartels and Halpern have been responsible for more than 2.5 million square feet of lease transactions throughout their careers. Their joint client roster includes Zillow, Context Relevant and Amazon.com.

In November, the pair represented software development company Pivotal Labs in a 43,000-square-foot deal at 636 Avenue of the Americas, as CO previously reported. Last year, Wartels led a team that completed a 38,000-square-foot deal for space at 85 Broad Street for nonprofit Year Up, which does job training for low-income young adults. And in 2014, the duo brokered a 13,300-square-foot lease (with Cresa’s Mark Jaccom) for Zillow to house residential listings database StreetEasy.

“We chose Cushman & Wakefield because of its robust platform with exceptional talent and intellectual capital, which allows us to best service our clients,” Halpern said in a statement.

C&W has been on a tear, most recently bringing over Douglas Harmon and Adam Spies from Eastdil Secured, as CO previously reported. It also plucked Glenn Isaacson from CBRE in May and at the beginning of the year, Mark Weiss from Newmark Grubb Knight Frank. The has made a number of significant changes at the top: Santora took over the tri-state president role from Ron Lo Russo, who is leading the firm’s agency leasing arm now. And Tod Lickerman, the firm’s global president, has become the chief executive of the Americas.

“The firm is aggressively recruiting, with a strategic growth plan that positions for the long-term success of its clients and employees alike,” Wartels said in a statement.

It was not clear if Wartels and Halpern’s clients would remain with them, but, a spokesman for C&W said in an email: “They’ve received an endorsement from their core group of clients who fully support them and are excited about their move to Cushman & Wakefield.”