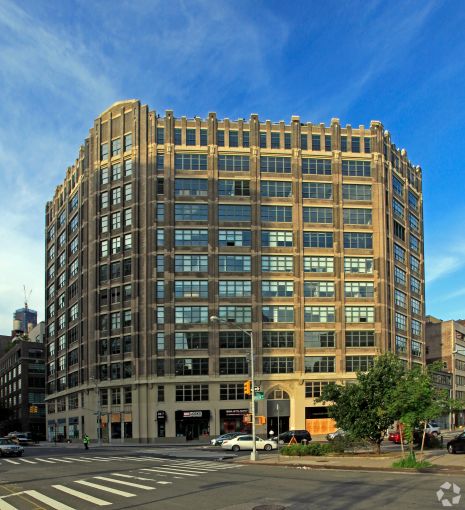 WeWork is continuing its expansion throughout the Big Apple.

The coworking giant has taken a 94,740-square-foot lease at 205 Hudson Street, Commercial Observer has learned.

WeWork will occupy the entire fifth, sixth and seventh floors of the building between Watts and Debrosses Streets. The property is part of the 5-million-square-foot Hudson Square portfolio owned by Trinity Church Wall Street, Norges Bank Real Estate Management and Hines. The terms of the deal were not immediately clear.

Michael Schoen of Savitt Partners represented WeWork at the 12-story, 401,000-square-foot building. A spokesman for Hines declined to comment on the deal, as did a spokeswoman for WeWork. There are 38 active WeWork locations in New York City, according to the company’s website. And it leases 7 million square feet globally. WeWork recently signed a 64,390-square-foot location at 130 West 42nd Street, CO previously reported.

The Hudson Square portfolio includes 1 and 10 Hudson Square, 100 and 155 Avenue of the Americas, 225 Varick Street, as well as 345, 350 and 435 Hudson Street. Last October, the landlords selected NGKF and CBRE teams to lease office and retail spaces at the portfolio, as CO reported at the time.