VaynerMedia Takes 43K SF at Related’s The Point in LIC 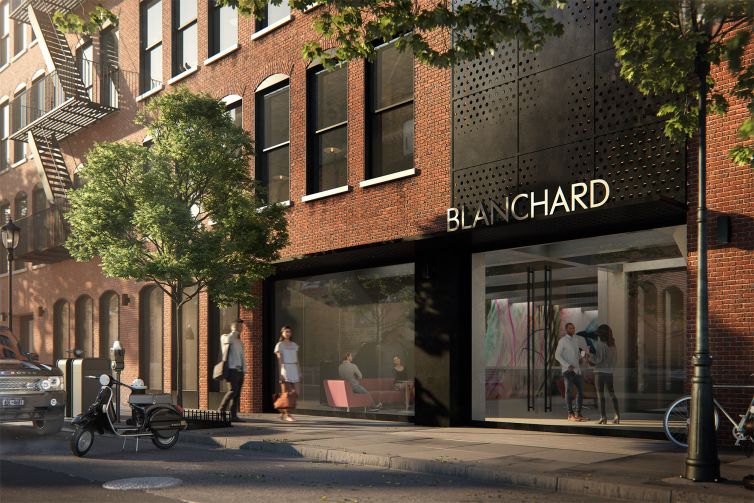 Digital media agency VaynerMedia will open a new 43,000-square-foot production studio at the Blanchard Building at Related Companies and GreenOak Real Estate’s The Point office and retail complex in Long Island City, according to a press release from Related.

VaynerMedia, which is headquartered at Related’s 10 Hudson Yards in Manhattan’s Far West Side, is the first tenant to sign on at the seven-story, 220,000-square-foot converted warehouse at 2110 51st Avenue.

Asking rents at the property are in the low $40s per square foot, according to The New York Post, which first reported news of the lease. Brian Waterman of Newmark Grubb Knight Frank and Stephen Winter of Related represented the landlord, while the tenant had no broker in the deal.

Along with the seven-story, 130,000-square-foot Paragon Building at 21-00 49th Avenue—the other warehouse-turned-office building comprising The Point—Related and GreenOak have banked on the redevelopment to appeal to the creative, technology and media tenants that are increasingly driving the office market in Queens and Brooklyn.

“My intuition about Long Island City makes me sure The Point in LIC is going to be an amazing location for our talent,” Gary Vaynerchuk, the chief executive officer of VaynerMedia, said in a statement. Vaynerchuk added that the new space “will be easy for my team to get to and from VaynerMedia’s Hudson Yards headquarters,” given its proximity to the 7 train subway line.

In a release announcing the deal, Related said the landlords are investing in “a significant capital improvement program” at the properties that will create new building entries and lobbies as well as new mechanical and electrical systems.

The Blanchard Building, which features 35,000-square-foot floor plates and a courtyard, is slated to open this spring. The Paragon Building—where asking rents are in the low $50s per square foot, according to the Post—features floor plates up to 18,300 square feet as well as a penthouse roof terrace and is due to open this fall.

“We have had a lot of tenant interest and an important piece of our strategy is creating amenities for gather—including restaurants, shops and cafés as well as indoor and outdoor public spaces,” Related’s Winter said in a statement.