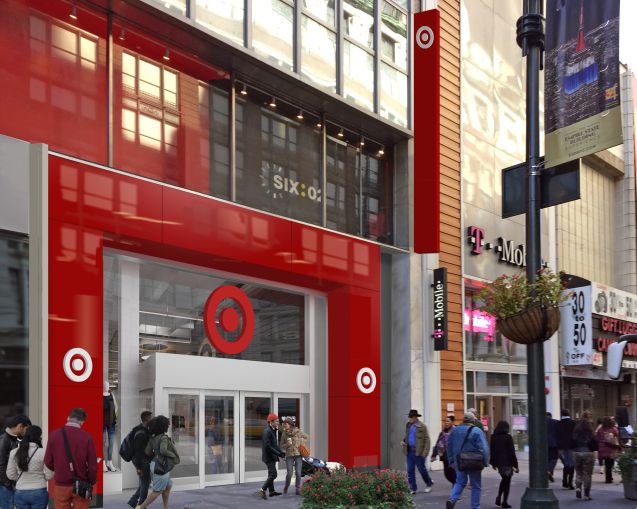 Target has signed a 43,000-square-foot lease for a small-format store in Herald Square at Empire State Realty Trust’s 112 West 34th Street, according to a press release from the landlord.

The new store is one of 30 that Target plans to launch in the country this year. It will become the company’s third Manhattan location when it opens in October at the 26-story building between Broadway and Seventh Avenue and across from Macy’s full-block store. Target will join Sephora and Foot Locker at the building.

The terms of the deal were not announced in the release. The store will be split between the ground and the lower level of the building, but it was not immediately clear how much square footage would be on each floor. Target is known for large stores that are bigger than 100,000 square feet, but it has recently planned smaller ‘flexible’ stores, as Commercial Observer previously reported. 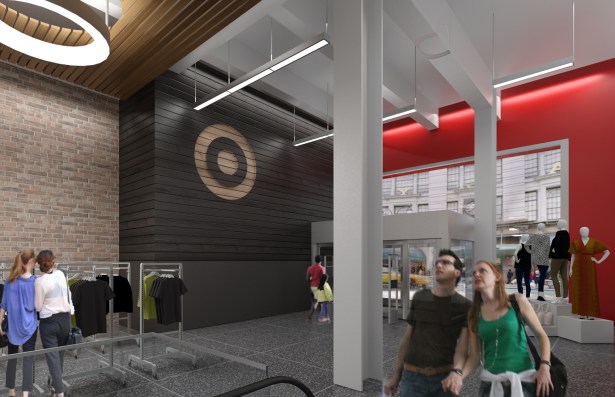 The discount department store currently has a Harlem location at 517 East 117th Street between the FDR Drive and Pleasant Avenue and a Tribeca outpost at 255 Greenwich Street between Park Place and Murray Street.

“The addition of the Herald Square store location is exciting for Target as we expand our footprint with small-format stores in Manhattan,” Mark Schindele, a senior vice president of properties for Target, said in a statement. “Not only will we be able to serve the thousands of working professionals that travel through Herald Square each day, but we’ll have the opportunity to showcase Target’s exclusive brands and compelling offers for the many tourists from around the world.”

The new location in Herald Square will feature a grocery section, apparel for men, women and children, health and beauty products, and it will include a CVS/pharmacy near the West 33rd Street entrance. Asking rents for ground floor space are around $1,000 per square foot, according to The New York Post.

“Target’s new 34th Street location concludes ESRT’s plans for the successful redevelopment of storage space, office, and retail into 90,000 square feet of retail,” Thomas Durels, an executive vice president at ESRT, said in prepared remarks.  “We are delighted to partner with Target and deliver once again to ESRT shareholders the bottom line results of our embedded growth.”

Target has plans to open a fourth Manhattan location at Extell Development Company’s 400 East 14th Street between First Avenue and Avenue A that will open in 2018. And in two years it plans to open another store at Xinyuan Real Estate’s 615 10th Avenue between West 44th and West 45th Streets in Hell’s Kitchen.