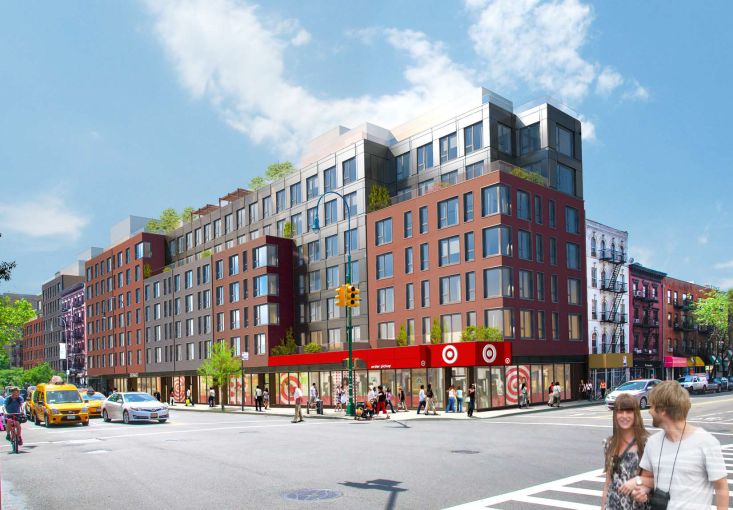 The deal was sealed on July 15 and recorded with the city last Friday, as The Real Deal first reported.

The lease—for 9,500 square feet at grade and 17,806 square feet below ground—is for 30 years, at which time Target could extend it for another 10 years, according to the source and the memorandum of lease. RKF’s Robert Futterman, Ike Bibi and Brandon Eisenman have been marketing 42,367 square feet of retail space at the location, which is at the corner of Avenue A, TRD noted. The asking rent was $2.5 million per year, the source told CO.

Gary Barnett’s Extell has a ground lease at Sol Goldman’s 500 East 14th Street, where the company will construct a retail and residential complex, according to property records. Extell secured a 99-year ground lease for that site, along with five others, in 2012 for $35.1 million from the Goldman estate.

The East Village location will be one of Target’s small-format stores, CityTarget, which are generally two-thirds of the size of regular 135,000-square-foot Target stores, as CO previously noted.

Barnett did not immediately respond to a request for comment and nor did Futterman or RKF’s spokeswoman.

Update: This story was edited to include the name of Target’s brokers and information about the deal from a source.