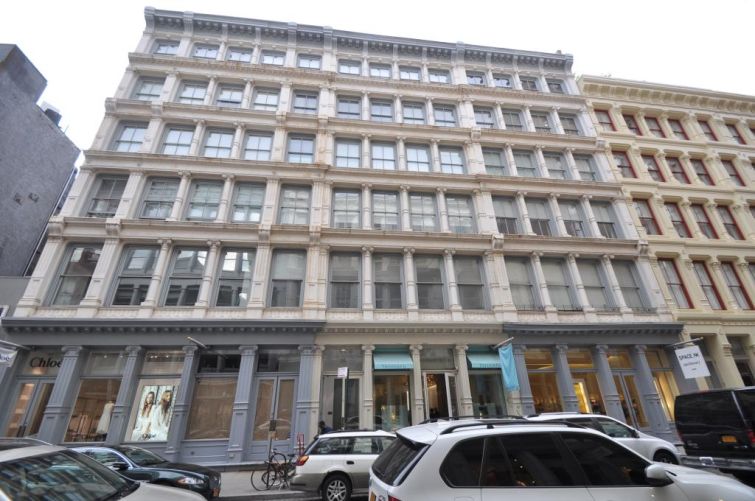 Luxury retailer Fendi and Italian outerwear brand Herno will be the latest high-end brands to set up shop on Greene Street in Soho, Commercial Observer has learned.

Fendi, which has been operating out of various pop-up locations on Greene Street for the past few years, is taking 6,000 square feet at 99 Greene Street—2,700 square feet on the ground floor and 3,300 square feet in the basement, according to Christopher Owles of Sinvin Real Estate, who represented landlord Jason Carter’s Soho Centrale LLC alongside colleague Sarah Shannon in the deals.

Fendi had been in negotiations for the space since at least last fall, as The Real Deal reported in September 2016.

Herno will open its first standalone U.S. store at 99 Greene Street, taking 3,800 square feet— 2,050 square feet of selling space on the ground floor and 1,750 square feet on a lower level that will likely be used for storage, per Joel Isaacs of Isaacs & Company, who represented Herno with colleague Joshua Lewin.

Both companies have signed 10-year deals for retail space, with asking rents at $500 per square foot. The retailers are expected to open their doors this spring. Fendi and Herno will join fellow luxury retailers Dior, Louis Vuitton and Jimmy Choo on the Greene Street block between Prince and Spring Streets.

Robin Zendell of the eponymous tenant representation firm, who worked on behalf of Fendi, did not return a call for comment.

Owles told CO that the Greene Street retail submarket “has been on a roll lately,” citing a lease that Sinvin had worked on last year with British eyewear brand Linda Farrow, at 109 Greene Street, as well as French soundsystem company Devialet’s new location at 92 Greene Street.

Such deals, Owles said, show the Soho retail market’s resilience in wake of recent concerns that rents have been on the decline and vacancies on the rise since the heady days of 2015, when asking rents on Greene Street were around $600 per square foot.

“I think in general, while there are still more availabilities than tenants, there remain very desirable pockets [in Soho],” Owles said. “Greene Street has a world-renowned reputation for fashion. This specific block is where the true luxury tends to gravitate.”

Isaacs, who represented Herno, echoed the sentiment, noting that while rents “took a bit of a dip in 2016,” the consequence has been that “we’re seeing more deal activity and more tenants in the market for space.” Those tenants, he added, “took a break in the first half of 2016 because they thought the market was overheated.”