Brooklyn Style: The 7 Interior Designers to Watch in Kings County 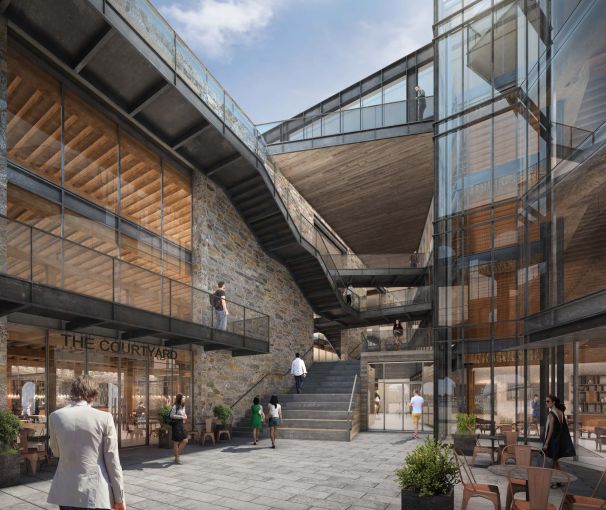 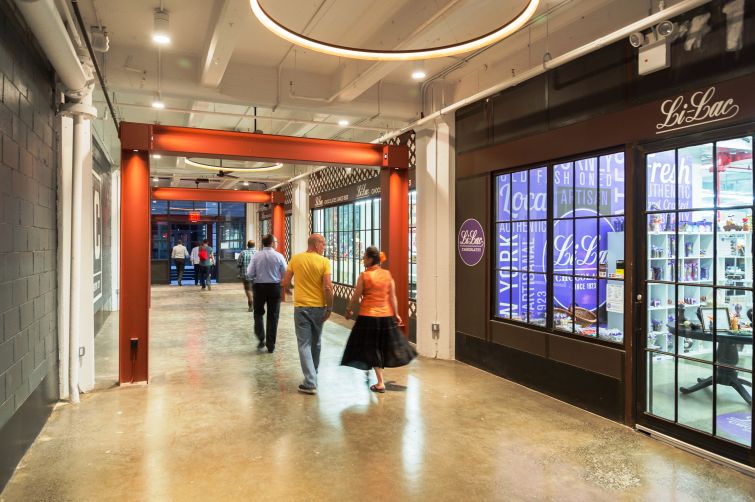 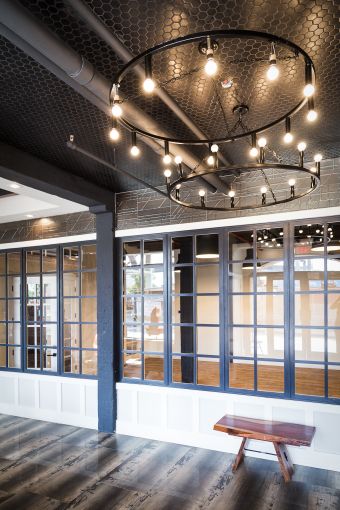 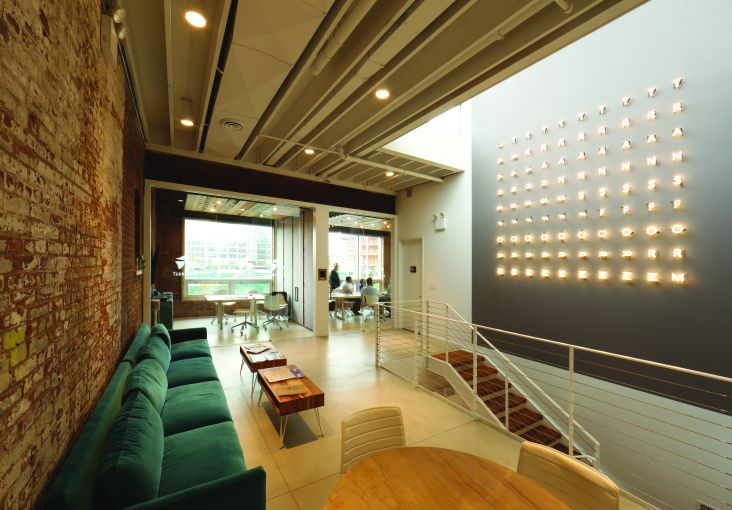 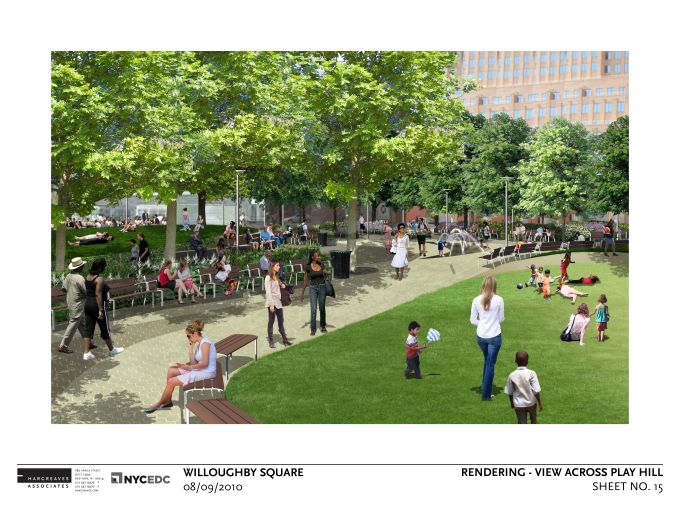 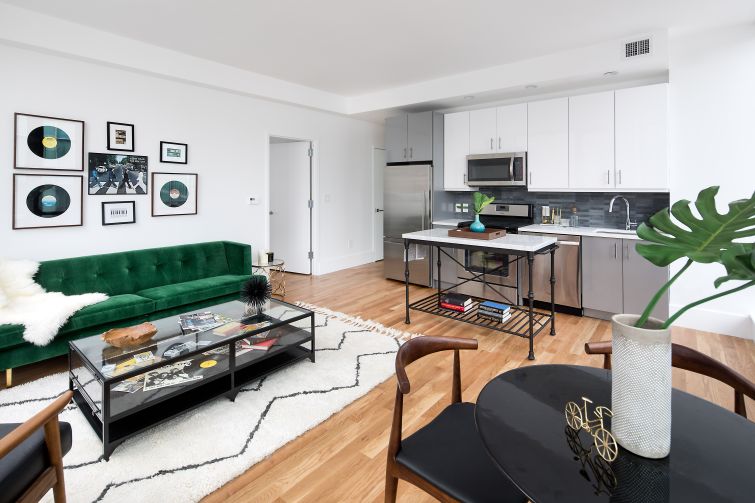 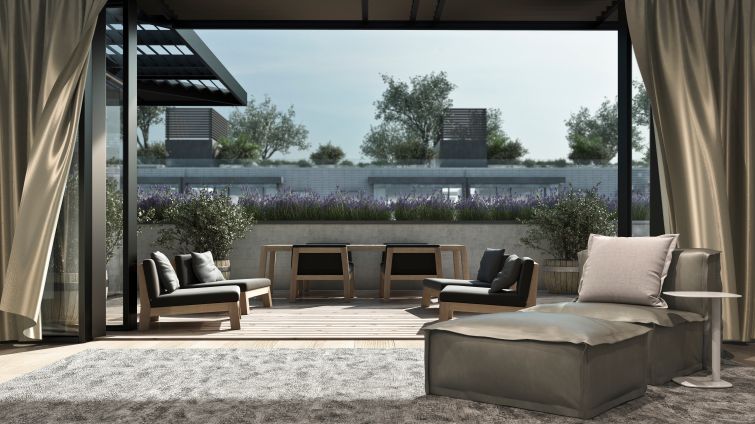 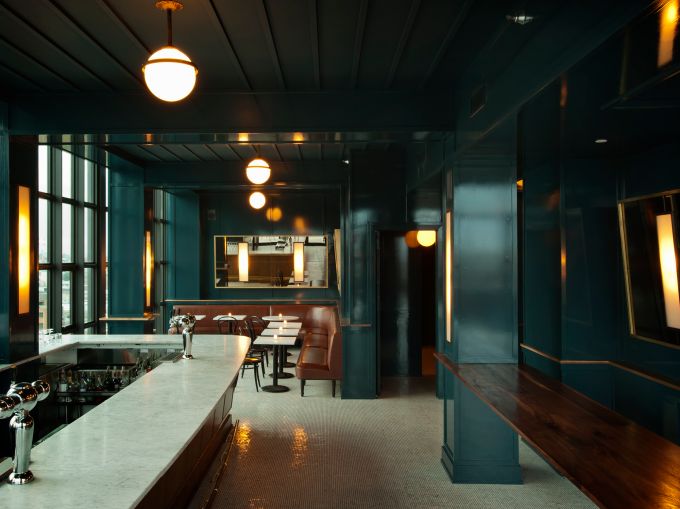 During the current building boom in Brooklyn, much has been said of developers constructing new, glassy waterfront condominiums and luxury hotels. The brokers cashing in on retail and office deals, to relocate tenants from Manhattan and around the globe to the trendy streets of Kings County, have also grabbed major headlines.

But the designers in this equation—the ones who are imagining what the new Brooklyn skyline will be like—seem to play third fiddle. It’s for that reason that we’ve decided to put together a list of designers to watch in the borough during these changing times.

Ironically, many of the firms that have worked on some of Brooklyn’s most interesting new projects have tended to borrow brickwork, columns and steel patterns from the old Brooklyn’s architecture.

There’s Ole Sondresen’s work at Kickstarter’s headquarters in Greenpoint, which made use of a green roof and steel trusses. Then there’s S9 Architecture’s interior design of the redeveloped warehouse complex Empire Stores, which features open space and wood floors.

As one of the borough’s most iconic figures, The Notorious B.I.G., once sang: “Spread love, it’s the Brooklyn way.” With that, here are some of Brooklyn’s notable designers.

S9 Architecture, which works on interior design as well as architecture projects around the city, has designed some of Brooklyn’s newest large projects.

The Flatiron District-based company was responsible for Innovation Alley at Industry City, for example. The alley is a common pathway that connects eight of the 16 buildings in the 6-million-square-foot complex in Sunset Park, Brooklyn.

The designer completed the nearly 1,000-foot passage last summer for the owners, a partnership led by Jamestown and Belvedere Capital. Innovation Alley covers four streets, four courtyards and is highlighted by a series of red-painted steel square arches and steel hoop lights. It also connects to Industry City’s food hall.

In another large office redevelopment in the borough, S9 also designed the interior of the converted Empire Stores office-and-retail waterfront complex near the Brooklyn Bridge.

The 390,000-square-foot revitalization project at 55 Water Street, helmed by Midtown Equities, opened in August 2016 with West Elm as its the first tenant. Empire Stores’ design features a mix of open spaces and high ceilings with wood floors, furniture and paneling, as well as expansive glass windows to enjoy the Manhattan skyline views.

While not an interior design project, S9 is also the architect of record for the 450,000-square-foot Dock 72 at the Brooklyn Navy Yard, which is being built by Boston Properties and Rudin Management Company. The project will be anchored by WeWork, a partner in the project.
KOOL INSTINCTS

Before architect Reziel Friedman founded Kool Instincts in Chestnut Ridge, N.Y., four years ago, he was selling art and antiques to contractors, designers and developers for temporary use in their projects.

So it’s fitting that one of his latest commercial redevelopment projects, at 61 9th Street between the Gowanus Canal and Second Avenue, is Gowanus Lofts & Galleries. The three-story building, which was part of a 19th-century complex of industrial buildings, was converted into an office building with the intention of housing artists as well as the always necessary lawyer and real estate tenants. The 6,000-square-foot first floor has 14 suites with French doors and was completed last year.

Elements of Friedman’s design complements Gowanus’ history: panels in the lobby feature tiles that match the pattern of the above-ground subway station that is just outside of the building. There is also a corridor with exposed-brick arches. The brick was previously covered with concrete, which Friedman has removed and cleaned up.

“I knew there were a lot of people in the community that weren’t looking for really new,” Friedman said. “They don’t want really modern here.”

Friedman has just two employees at his company (support staff), but he is working on numerous residential and commercial projects around the city.

While Norwegian-born designer Ole Sondresen recently relocated his eponymous firm to Italy, he remains the man that some of Brooklyn’s most talked-about commercial tenants—think Kickstarter and Etsy—turned to for designing their offices.

Sondresen picked up a love of carpentry while working in his father’s woodworking shop, and the influence is there to see in his work; his spaces, virtually without exception, utilize exposed wood and evoke an arboreal aesthetic. Unsurprisingly, sustainability and an “all-encompassing holistic approach” are cornerstones of Sondresen’s work.

That approach is evident at Kickstarter’s Greenpoint headquarters, a 29,000-square-foot renovation of one of the neighborhood’s trademark former factories that features a green roof, repurposed steel trusses and large windows providing that most cherished commodity for any commercial office space these days: natural light.

In many respects, Sondresen’s template has come to define contemporary Brooklyn design. So it’s no surprise, then, that Brooklyn-focused commercial real estate brokerage TerraCRG turned to him for the interiors of its recently opened headquarters, at 634 Dean Street in Prospect Heights.
HARGREAVES ASSOCIATES

An array of new condominiums, office buildings, hotels, art venues and retailers are expected to open in Downtown Brooklyn in the coming years, so it’s time for a new park too, right?

That’s exactly what city officials had in mind with plans for Willoughby Square Park at 217 Duffield Street between Willoughby and Fulton Streets. The more than 30-year-old firm Hargreaves Associates is leading its design. (When it’s supposed to be finished is a little fuzzy—it was slated to be completed last year, but isn’t quite there yet.)

The landscaping firm has designed projects around the globe and claims to be “renowned for the transformation of neglected urban sites,” according to its website. Well, Brooklynites are sure to see a revolutionary outdoor space thanks to Hargreaves Associates. In addition to providing much-needed greenery for the area’s incoming residents and other patrons, the Willoughby Square Park will house an underground robotic parking garage for 700 vehicles. It will be the largest automated parking facility in the country.

Hargreaves Associates has designed the one-acre green space with a variety of trees, lawns, gardens a fountain and paved walkways.

The New York City Economic Development Corporation leased the land to developer Willoughby Garage LLC, a subsidiary of the American Development Group. The developer will operate the underground parking garage. The park will also include a memorial highlighting Brooklyn’s ties to the Underground Railroad.
LAUREN JAYNE DESIGN

Pratt Institute alumnus Lauren Williams’ boutique interior design firm is three years young, but that just means it embodies the startup, entrepreneurial spirit behind some of the best design work in Brooklyn.

After a stint at Soho-based design firm Meyer Davis Studio—during which she worked on the upscale, beachfront 1 Hotel South Beach, among other projects—Williams founded Lauren Jayne Design and had success working on single-family residential projects.

But she has also recently ventured into multifamily projects, with Greystone Development tapping Lauren Jayne to handle the interiors at its new residential building at 531 Myrtle Avenue in Clinton Hill. Williams has apparently found a regular client, as she is also doing the interiors for Greystone’s Harlem residential development at 69 East 125th Street.

“As a Pratt alumni, this project hit home for me,” Williams said of 531 Myrtle Avenue, which is located only a block away from her alma mater. “We have completed interiors in Aspen, Miami and New York City, but this was the first opportunity in Brooklyn. I love Clinton Hill’s youthful vibe.”

Williams said the firm is now trying to break into the hospitality sector, with current projects including a lounge in Miami Beach and a renovation of The Skylark rooftop cocktail lounge in Times Square.
PIET BOON

You could be forgiven for wondering how one of the most heralded interior designers of contemporary times, who runs an internationally renowned company with projects all around the globe, earns a place on a list mostly spotlighting locally focused firms which are on the up.

But Dutch maestro Piet Boon is on here because of what his foray into the Brooklyn market means for the borough and its emergence as a residential destination in its own right.

The high-priced, luxury project is a testament to the “new” Brooklyn—a place that, for better and worse, is more closely resembling its neighbor across the East River by the day.

“It is incredible to see that Williamsburg has over the past 20 years developed into what is now considered to be the most gentrified neighborhood of New York,” Boon said in a statement. “Williamsburg has come a long way in a short period of time, the difference resulting in a positive effect financially, socially and culturally."

The prestige that Boon has attached to the project has apparently helped facilitate that transition; one of the units at the building—a four-bedroom, 4,650-square-foot penthouse—is asking a whopping $18,500 a month as a rental, the New York Post reported in January. And while Boon doesn’t currently have any other work planned in Brooklyn, that could only be a matter of time given the class of residential development increasingly taking hold in the borough.

One thing is certain: the designer cherishes the opportunity to work in this part of the world.

“The nice thing about Brooklyn and the City of New York is that it is inextricably linked to our Dutch heritage,” he said. “Three-hundred-and-fifty years ago, Dutch settlers founded the small town of ‘Breuckelen.’ So in a way, our Oosten project was already Dutch to begin with.” The design for the Oosten, Boon added, “was informed by the Dutch way of designing efficient and comfortable living spaces in urban environments.”
WORKSTEAD

Gowanus-based Workstead has quickly emerged as one of the more talked-about interior design studios in the borough. The firm’s three founding partners met at the Rhode Island School of Design and, upon moving to Brooklyn to start their company, started out creating lighting and interiors for residences around the city.

But they caught their big break in 2012, when they helped craft part of the interior design for the Wythe Hotel in Williamsburg (“If you asked five different firms in Brooklyn whether they did the interiors for the Wythe, they’ll all say ‘yes,’ ” Jon Whitaker, Workstead’s director of operations and new development, told Commercial Observer) including its beloved rooftop bar.

Since then, the firm has continued to grow in reputation and recently bagged its first development project—Sugar Hill Capital Partners’ redevelopment of 1 Prospect Park West in Park Slope, a nine-story, pre-war building that formerly housed a distressed senior assisted living facility.

“People [in Brooklyn] are a little more willing to be creative and try something new, and not be so wholesome to the mold of things that you might see in Manhattan,” Whitaker said of the advantages of working in the borough.

As far as Workstead’s approach to design, Whitaker said it varies depending on the requirements of a given project.

“We’re not going to do the same design in a pre-war that we’re going to do in a brownstone or a Victorian,” he noted. “The Wythe is a very industrial building in an industrial location, so the interiors were industrial, and early on we got pegged as, ‘Oh, Workstead does industrial interiors.’ But 1 Prospect Park West is not going to be industrial, because it’s not appropriate to that space.”
Empire Stores, Hargreaves Associates, Industry City, Kool Instincts, Lauren Jayne Design, Ole Sondresen Architect, Piet Boon, S9 Architecture, slideshow, Workstead
Columnists
South Florida