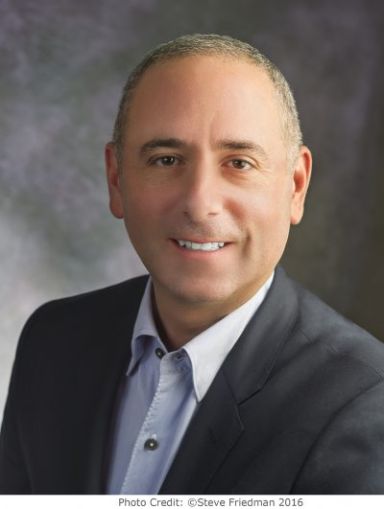 The Singer & Bassuk Organization wasn’t messing around when it made its first senior hire in 20 years—Robert Lawrence. The industry vet, 49, has over 25 years of lending experience and was a founding member of Bear Stearns’ global commercial mortgage-backed securities platform. After continuing his career with J.P. Morgan Chase through Bear’s acquisition in 2008, he headed up the bank’s securitized products group in Japan and was tasked with unwinding the combined banks’ legacy assets. Most recently he was a senior managing director at Guggenheim Commercial Real Estate Finance. Lawrence sat with Commercial Observer in SBO’s 767 Third Avenue office in Midtown East and chatted about his move from originating loans to brokering them.

Commercial Observer: How long have you been with SBO, and how’s it going so far?

Lawrence: I joined at the end of October [2016], and it’s going great. I’ve never been happier, to be honest.

How did the move from originations to the brokerage side come about?

I decided it was time to do something other than running lending platforms, which I’ve been doing since the mid-1990s. It just wasn’t as much fun as it used to be, and I really like doing deals—I’m a deal person. So no matter what lending platform I would be running I’d be constrained to doing deals that the platform was competitive with, whereas [at SBO] I can work on any deal and negotiate on behalf of my clients.

Did you always want to work in real estate?

I grew up on Long Island—in Glen Cove—and have been interested in real estate since I was a very young kid. The first time I knew I loved real estate was when my parents took me to the city and I saw the Empire State Building. Then, back when the World Trade Center was fairly new in the 1970s I remember lying down on the [Austin J. Tobin] plaza looking up and being completely awestruck.

I went to the University of Vermont and majored in business administration with a concentration in finance. At the time, I was more focused on starting businesses but actually did my first real estate deal there.

Can you tell us about that?

The student housing options were not great, and they were expensive. I found a condominium that was really nice—it had two bedrooms, and I made a third bedroom. I figured out that in owning it I could rent out two of the bedrooms and keep the master bedroom for myself and basically live rent-free. I had a beautiful view of Lake Champlain and the best setup of any student there. Even living rent-free I was making a bit of a profit.

When I graduated college [in 1989] there was a terrible real estate recession that was just kicking off in New York. It was really horrible. At that time, I was interested in both the stock market—options primarily, which I had traded in college, and real estate. I chose real estate because at least with a building I could understand the attributes and why you would buy it or sell it, whereas with a company you can spend so much time trying to analyze it, but there are ultimately so many factors outside of your control.

I’m a pretty simple person. I like to roll up my sleeves and understand as much as I can about the asset I’m investing in or selling. I just thought I had a better chance of success with understanding real estate than I would with a stock.

What was your first job out of college?

I started renting apartments straight out of college. I did that for a few weeks before I realized that it’s not really the best way to make money. I then switched over to commercial retail leasing and partnered up with Garrick Aug Associates, which at the time was the top retail broker, and worked with Faith Consolo.

My father was friends with a restaurant operator [John Livanos] who wanted to expand into the city—they were mainly in the boroughs and Long Island—and I asked my dad if I could call Mr. Livanos and offer to find him a restaurant space. He gave me the opportunity and then I said, Okay, how the heck do I find this space? So basically [Faith and I] cut a deal that I would find the tenant, she would find the space and then we would split it. My first deal was on East 54th Street between Madison and Park Avenues—Oceana restaurant, formerly La Cine. We did the sale of the lease.

How did you get into the securitization side of the business?

During the same time period, I was working for a [now] bankrupt life insurance company called Mutual Benefit Life (MBL) in New Jersey. I was an analyst and helping them do valuations and workouts on properties. I got into securitization because MBL was being run by the Palmieri Company, and one of Victor Palmieri’s top guys, Bill Leidesdorf, was running the mortgage area but leaving the company because he had the opportunity to run one of the first CMBS conduits.

I didn’t really know what he was talking about. I said, “Conduit? What does that mean exactly?” But it was a partnership between Reckson Associates Realty—run by Scott Rechler [now chief executive officer  at RXR Realty]—and Salomon Brothers, and so I went to join Bill,  Scott and some others including Barry Breeman [now founder and co-chairman at CPG Real Estate]. At the time, Scott was also working on the real estate investment trust, and I learned a tremendous amount there.

When did you join Bear Stearns?

I joined in August 1995 and was one of the first five people in their CMBS group, which was headed by Tom Flexner at the time. A month after I got there [Tom] hired Randy Reiff [now CEO and chief investment officer at Allegiant] who ended up being my boss. To this day, Randy’s a dear friend of mine. At the beginning we all did everything, no matter what the task was—originating, underwriting, closing —everything. As time went on we built it into a very big business with lots of other talented people.

I decided to stay on at J.P. Morgan when Bear Stearns went under. I almost didn’t stay, but I’m glad I did.

That must have been an interesting time.

Yes. It definitely was not a fun time—we went through so many layoffs and had to force-rank people. We took the group down from several hundred people to maybe 30.

What happened after the acquisition?

By early 2009 J.P. Morgan approached me about running its Asia business to unwind the combined Bear Stearns and J.P. Morgan trading books and assets. I had taken a trip over to Japan with my wife before that, and we agreed it was a pretty good option, so we decided to go. We moved to Japan in May 2009. It was an extremely interesting experience; I had been involved in setting up the Bear Stearns lending business in 2003 and was on the credit committee overseeing the Japan business for quite a few years, so I was familiar with the clients and a lot of the assets that we had on the books there.

I was supposed to be there for two years but 18 months into it, J.P. Morgan and I decided it was going to take longer, and so I extended my contract to June 2012. I did that right before the earthquake, which was quite scary. I actually became de facto in charge of managing the nuclear crisis locally and getting the right information to the management committee there. I spent quite a bit of time doing that in the six months following the earthquake. Coincidentally, the actual job of unwinding the book got easier after the earthquake. [Three weeks later] liquidity came back, and we saw better results on the recovery rates, so we got a lot done in the last year and finished off what I was sent to do.

And then you moved back to the U.S.?

Yes. My wife is from Charleston, S.C., so we’d always wanted to be there. When we moved back to the U.S., we took a year and lived there. We were partners in a real estate business there and made a lot of great friends and phenomenal clients. The opportunity to join Guggenheim presented itself less than a year after moving there—I was responsible for originating CMBS loans and also managed the life company business.

What is your role at SBO?

My role here is to bring in business from clients that Andy and Scott Singer [father and son, and SBO’s chief executive officer and president, respectively] haven’t had the time to cover. They have a very established business and were my first and only call when I decided to go to the brokerage side.

Had you known Scott and Andy for a while?

Yes. I met them when I got to Bear Stearns in 1995. I can’t remember exactly when we closed our first deal together but it was among the first deals I closed there. I want to say it was the Beacon School on the Upper West Side.

I enjoyed working with the Singers because I like them, first of all, and they always knew what they were talking about. And if they didn’t know something, Kathleen [McSharry, senior managing director] or Jeff [Moroch, managing director] would know because they’re in the deal with such great depth. Even back then they had a lot more experience than you’d find in the big national companies. As a lender, I knew that they had exclusives on a deal. It’s very different to a firm that doesn’t have an exclusive or a deal that is being shopped by a number of brokers. The way SBO does business is that they work on exclusives, they get deals done and they are widely respected.

What are you working on right now?

We’re working on a hotel development deal out near Palm Springs, Fla., a potential equity raise for a project in Latin America and a land development site in Malibu, Calif. The locations are spread out, but any flight is short now compared to Japan.

Do you expect strong deal flow this year?

I think deal flow will be exceptionally strong across the industry. This is the wall of maturities year, and there’s a lot of stuff to be refinanced. The CMBS market is a lot stronger than it was last year, but it’s not going to come close to the levels we had once seen. My guess is there will also be further consolidation in the CMBS industry.

Much of the regulatory climate is not good, but I would expect it to get somewhat better. You have the Dodd-Frank Wall Street Reform and Consumer Protection Act, which definitely needs to be modified to some extent because a lot of the rules that were intended to protect homeowners—great in theory—have spilled over to the commercial side, and that makes it harder for people to get capital unless they are a top, top borrower. I’m not sure what will be done to address some of the Basel III requirements, but I would hope something, as there are some onerous capital requirements for the large banks. But, either way the capital will come from other sources if the banks can’t do a certain type of lending. The gap will be filled by debt funds and nonregulated lenders.