KPMG Tacks on Another Floor at 1350 Avenue of the Americas 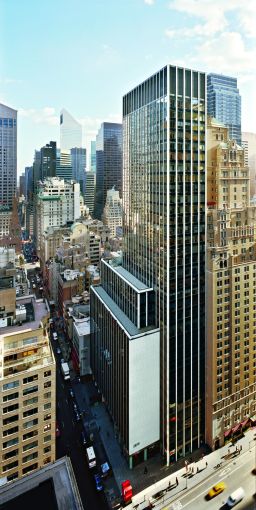 One of the world’s largest auditing companies has added more square footage to its account.

KPMG has taken the whole 11th floor of 1350 Avenue of the Americas between West 54th and West 55th Streets, according to a press release from landlord SL Green Realty Corp. The 19,517-square-foot expansion is for 10 years.

Asking rents at the building range from $75 to $95 per square foot, according to an SL Green spokeswoman. KPMG now occupies nearly 112,000 square feet at the 590,000-square-foot building, according to The New York Post, which first reported news of the expansion.

“We were delighted to work with KPMG in providing space for its continued growth,” Steven Durels, SL Green’s head of leasing, said in prepared remarks.

Durels also noted in the release that the expansion required moving several existing tenants around within the building, although it wasn’t clear which.

Patrick Murphy and Jamie Dennison of CBRE represented KPMG in the deal, while Howard Tenenbaum and Gary Rosen of SL Green represented the landlord in-house.

In May 2016, Commercial Observer reported that Denmark-based healthy drink retailer Joe & the Juice signed a 1,487-square-foot deal at the Midtown building. Office tenants at the property include Amazon, Highbridge Capital Management and P. Schoenfeld Asset Management, which in February 2015 signed an expansion deal to occupy more than 25,000 square feet.