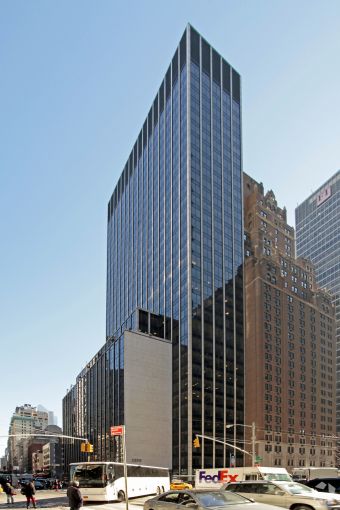 The concrete jungle seems to really be digging farm-to-table.

Joe & the Juice, a Denmark-based juice bar, has been moving into the New York City market with three leases and one more under negotiation.

“We thought the New York market was hungry for something new and different,” said CBRE’s Amira Yunis, who is representing Joe & the Juice in its New York City real estate deals, at the International Conference of Shopping Centers’ RECon in Las Vegas.

Joe & the Juice most recently took about 1,487 square feet at SL Green Realty Corp.’s 1350 Avenue of the Americas between West 54th and West 55th Streets, in a 15-year deal, according to the landlord. The asking rent was $500 per square foot.

The place offers “fresh, sustainable, good product that’s very healthy,” said Ms. Yunis, who is in negotiations for a Joe & the Juice in a residential development on the Upper West Side.

The time is good, to enter the New York City market, Ms. Yunis said, because “there seems to be some prime locations available and landlords are more incentivized to do deals.”

Brett Hershenfeld represented SL Green in-house in the 1350 Avenue of the Americas deal along with Ariel Schuster, Ross Berkowitz, Jackie Totolo and Jason Wecker of RKF. Ms. Yunis represented the tenant along with colleague Anthony Stanford.

Sustainable food, which is grown in environmentally friendly ways, and locally grown ingredients are increasingly becoming a trend in the Big Apple.

Restaurants serving “food with a sustainability bent” are popping up in the city such as Dig Inn, Untamed Sandwiches and Sweetgreen, said Robert K. Futterman, the founder and chief executive officer of the retail-focused RKF. These eateries have become so popular because consumers have a desire to know where their ingredients are coming from.

Urban Land Institute has been active in promoting sustainable and city-based gardens. Earlier this month, the organization hosted a two-day summit in Tarrytown, N.Y. on the topic of farm-to-table eateries and their relationship to the real estate industry.

Dig Inn, which has 11 New York City locations, has been pushing for “a generation of sustainable caretakers” with food coming from farms throughout New York state, Massachusetts and Florida.

Likewise, Untamed Sandwiches lists the farms it uses on its website with links to their respective web pages. The braised-meat sandwich shop opened its first location near Bryant Park at 43 West 39th Street between Avenue of the Americas and Fifth Avenue. The next one to open will be at 117 Adams Street at the Dumbo Heights campus in Brooklyn, said Untamed Sandwiches Co-Founder Andrew Jacobi. (Disclosure: Dumbo Heights Co-Landlord Kushner Companies’ Chief Executive Officer Jared Kushner owns Observer Media, which publishes CO.)

The company recently signed a 1,493-square-foot lease for what will be its third location at the residential 136 East 55th Street, which has an alternate address of 643 Lexington Avenue, as CO reported in April. In the case of that location and the one at Dumbo Heights (which will also be home to a Dig Inn), Mr. Jacobi said the landlords looked at the restaurant as an amenity that fit the needs of the health- and environmental-conscious people either living in or working at their buildings.

“As landlords look to put in restaurants that are attractive to potential office tenants, [those workers] are starting to care about this stuff: where this food comes from and what they’re putting into their bodies,” he said, adding that initially he thought of the sustainable model “maybe as a reason why customers might feel better about what they’re eating rather than a reason to come here. Now I do think people are asking about where the food comes from.”