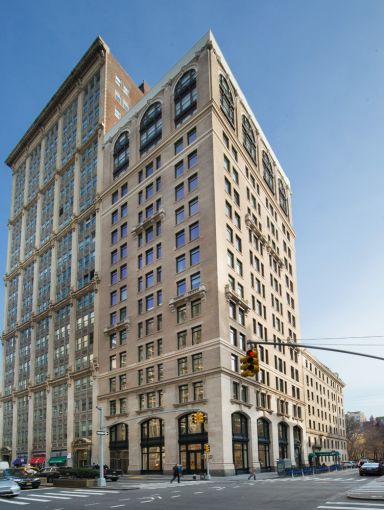 Feil Organization over the last month has signed three office tenants to a floor each at its 251 Park Avenue South, Commercial Observer has learned.

In total, that amounts to more than 21,000 square feet of the 125,000-square-foot building between East 20th and East 21st Streets, according to information provided by the landlord. And with those leases, the building is 100 percent occupied.

Asking rent at the 16-story property is $78 per square foot. The landlord declined via a spokeswoman to provide the length of the deals, only saying that they were “long term.”

Alfa Development, which last year completed the HGU New York hotel in NoMad, has inked a 7,663-square-foot deal for the entire ninth floor, according to Feil Organization. The firm will relocate from 15 West 18th Street between Fifth Avenue and Avenue of the Americas, where it leases 5,212 square feet, according to CoStar Group.

Devon Binns of Green Pond Road R.E. represented the tenant, while Robert Fisher of Feil Organization represented the landlord in-house. Binns could not immediately be reached for comment.

In the second lease, software firm Globant will take the whole 11th floor for 7,656 square feet, according to the landlord. The company, which is headquartered in Argentina, has its New York City office at 650 Fifth Avenue between West 51st and West 52nd Streets, where it has been based since February 2015. It was not immediately clear how many square feet it occupies at the Midtown building.

Deborah van der Heyden, Paul Ferraro and Natalie Touzet of JLL represented the tenant, while Fisher represented the landlord in-house. The brokers did not immediately return a request for comment via a spokesman.

And most recently, the landlord signed at deal with The Points Guy. The web-based company, which helps consumers find frequent-flier mile points among other traveling discounts, will occupy the full 7,659-square-foot sixth floor of the building. It wasn’t immediately clear from where the seven-year-old company would be moving.

Feil Organization scooped up the building from Extell Development Company for $151 million, as CO reported when the sale closed in September 2015. In May 2016, CO reported the landlord had signed three new tenants to a total of 23,000 square feet at the Midtown South building.

Brian Feil, a vice president at the company, said in a statement today that Feil Organization had finished up a $12 million renovation on the property about six months ago.

“251 Park Avenue South was a strategic acquisition that fit within the Feil Organization’s portfolio of properties and allowed us to continue our long-standing track record of complete, full-building renovations,” he said. “Our vision was to transform 251 Park Avenue South from a largely vacant, outdated property into a sophisticated Midtown South boutique office building.”