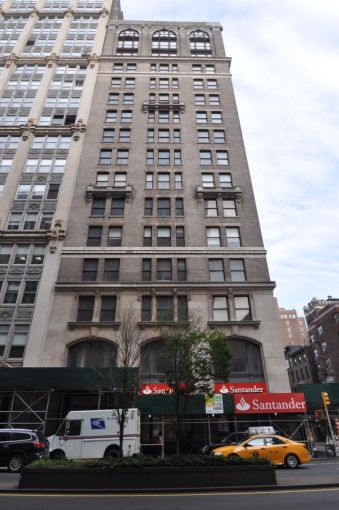 Three tenants have signed full-floor leases amounting to about 23,000 square feet at Feil Organization’s 251 Park Avenue South, according to a news release from the landlord.

Bonnier Publishing has inked a 7,659-square-foot deal for the entire 12th floor of the building between East 20th and East 21st Streets. The length of lease was not immediately clear.

The company, which is the book publishing division of the Swedish media firm Bonnier AB, is relocating from another Feil building at 853 Broadway between East 14th and East 15th Streets.

Bonnier Publishing was represented by John Pavone of Colliers International and Gerard Picco of Avison Young. Messrs. Pavone and Picco did not immediately return a request for comment via a spokespeople.

In another deal, Tusk Strategies completed a 7,663-square-foot lease for the entire eighth floor of the 120,000-square-foot building. Jonathan Wasserstrum of TheSquareFoot represented Tusk, which provides marketing and consulting services to virtually every industry. The company is relocating from 928 Broadway between East 21st and East 22nd Streets. The deal is for 10 years, Mr. Wasserstrum said, and Feil is building out the office for Tusk.

And in the final deal, Pond5 is taking the entire seventh floor of the 16-story property. The company signed a 10-year deal for the 7,659-square-foot office space. Pond5 was represented by Dennis Someck and Justin Myers of Lee & Associates. The company, which runs an online marketplace for royalty-free media, is moving from 155 Wooster Street between West Houston and Prince Streets, where it occupies 5,900-square-foot offices. Its new offices were pre-built with a pantry, exposed steel columns, polished concrete, glass conference rooms and open space, Mr. Someck told Commercial Observer.

“Pond5 felt they wanted to get out of Soho, and the Flatiron [District] was more conducive for their employees,” Mr. Someck said. “And Feil is in the middle of doing a major renovation of the building. [Pond5] is kind of stepping up in the world to mirror its growth.”

The asking rent in all of the transactions was $78 per square foot, according to Robert Fisher, the director of commercial leasing at Feil, who represented the landlord in-house in all of the deals. The tenants are all expected to move in by the third quarter of the year, he said.

“We are pleased to welcome such a diverse mix of tenancies to the building,” Mr. Fisher said in a prepared statement. “We have been able to overcome the challenge of leasing the building through this major renovation phase by virtue of delivering a quality high-end design in a boutique environment.”

The landlord is working on a full renovation of the building including a new entrance, windows and storefront, modernized elevators and mechanicals and a new MdeAS Architects-designed lobby. Mr. Fisher did not disclose the cost of the renovation.

Update: This article has been updated to reflect that Bonnier Publishing is a book publisher and does not publish magazines such as Boating, American Photo and Popular Science. Bonnier Corp., a sister company, publishes those magazines.