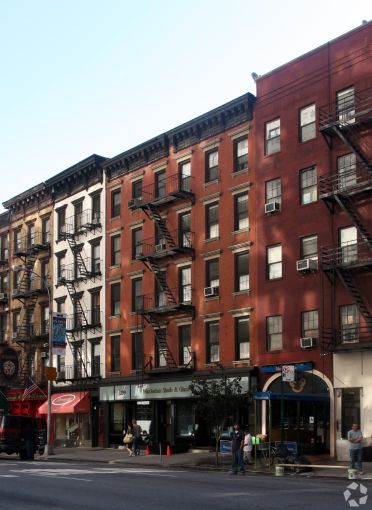 Thor Equities and Premier Equities have plans to build a luxury residential tower on an Upper East Side site they have cobbled together near the Second Avenue subway, Commercial Observer has learned.

The partners earlier this month closed on the $26 million purchase of 1297-1299 Third Avenue between East 74th and East 75th Streets. That’s where Thor and Premier plan to build the 100,000-square-foot, 31-story residential condominium with retail at the base, according to a source familiar with the project. Its unit count and overall cost are still being determined, the source said. (No applications have been filed with the city yet.)

Thor and Premier will also use development rights from the two adjacent properties they own: 1293-1295 Third Avenue and 1291 Third Avenue. The residential component of those five-story buildings will also be converted to luxury condos, the source said. All three properties are around the corner from the East 72nd Street station for the Second Avenue subway, which opened earlier this month.

The sites, along with another Premiere-owned property on East 75th Street that isn’t being used in the assemblage, have about 115,000 square feet of development rights, as Crain’s New York Business noted in March 2016.

The partners also plan to overhaul the retail at the base of the two Third Avenue buildings, the source said, creating a contiguous 23,000 square feet of retail across all three buildings. JG Melon occupies the 1,000-square-foot corner at 1291 Third Avenue; the neighborhood pub and eatery has made an agreement to stay, according to the source.

French bakery Francois Payard Patisserie occupied a 1,164-square-foot retail space at 1293 Third Avenue, according to CoStar Group. But the source said the restaurant has since been bought out by the new owners of the building and shuttered. Mezzaluna, an Italian eatery, currently occupies a 500-square-foot space at 1295 Third Avenue—the source was unsure of the restaurant’s future, but it is currently taking customers.

A spokesman for Thor declined to comment, and a representative for Premier did not immediately return a request for comment.