Jonathan Simkhai Expands With Additional Digs in the Garment District 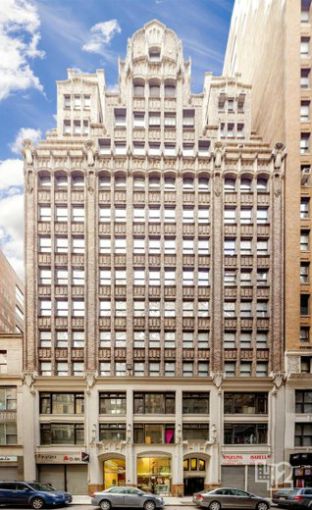 On Jan. 3, the company signed the three-year lease for 5,500 square feet on the majority of the third, and immediately moved in, according to a spokeswoman for Newmark Grubb Knight Frank. She declined to provide the asking rent.

Founded in 2010, the Jonathan Simkhai brand also has a showroom a little east on the same block, at 247 West 37th Street.

Jamie Jacobs and Brittany Silver of NGKF represented the building’s owner, Eretz Group, in the transaction. Douglas Elliman’s Evangelos (Angelo) Karras represented the tenant. He didn’t immediately respond to a request for comment.

Jonathan Simkhai moved into the new space during the first week of January, occupying a majority of the third floor. It wasn’t immediately clear who represented the designer in the deal.

Fashion label Diane von Furstenberg and cloud-based sales tool provider MediaRadar are office tenants in the building. District Tap House, an American bar and bistro that features 50 beers on tap, is at the base. Last February, Alliance Homecare, a visiting nurse and senior health services provider, signed a deal to take 4,985 square feet on the sixth floor, as CO reported then. At the time, the asking rent was in the mid-$50s per square foot.

“252 West 37th Street offers the modern look that Jonathan Simkhai desired in the expansion of his offices and is suitably located in the Fashion District,” Silver said in a statement. “With attributes including exposed beam ceilings and floor-to-ceiling windows, this property makes for a beautiful and conveniently located operating showroom.”

Spokespeople for Jonathan Simkhai didn’t respond to a request for comment.