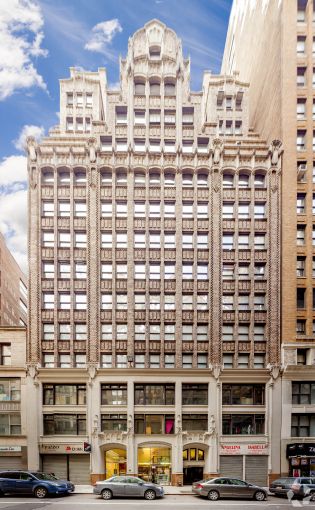 Alliance Homecare, a visiting nurse and senior health services provider, has inked a deal to move across the street from its current Midtown digs.

Commercial Observer has learned the company signed a 4,985-square-foot lease to relocate its headquarters to 252 West 37th Street between Seventh and Eighth Avenues, according to ABS Partners Real Estate. Alliance Homecare will move into part of the sixth floor of the 18-story building through a seven-year lease. The asking rent was in the mid-$50s per square foot.

The company is currently based at 247 West 37th Street between Seventh and Eighth Avenues, where it leases about 1,500 square feet, said Jonathan Cohen of ABS, who represented the tenant in the deal. Because the firm had been growing so much, it was in need of bigger space.

Mr. Cohen said the company’s executives wanted to stay in the area, which is close to both Pennsylvania Station and the Port Authority Bus Terminal. Finally, Alliance Homecare opted for 252 West 37th Street because the landlord, Eretz Group, offered to do a full buildout, which is already underway and will include exposed ceilings and a new kitchen area. Alliance Homecare is set to move in this April, Mr. Cohen added.

“We decided on 252 [West 37th Street] because it was across the street and it offered the full package,” Mr. Cohen said. “It just was really modern and the right feel for them.”

Brittany Silver and Jamie Jacobs of Newmark Grubb Knight Frank represented the landlord along with Nick Mok of Eretz Group in-house. The NGKF brokers declined to comment via a spokeswoman.