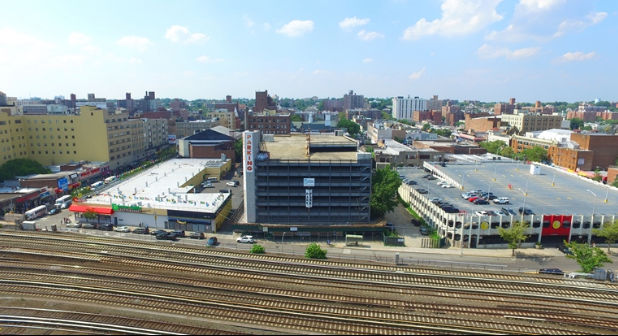 About two years after buying the biggest parcel in Jamaica, Queens in a decade, Flushing-based developer Jia Shu Xu has put the site on the market for $60 million. That is nearly three times the price he paid for the massive property in 2014.

Cushman & Wakefield’s Stephen Preuss, Daniel A. Abbondandolo and Kevin Schmitz are listing the 89,967-square-foot Archer Towers development site at 163-05/25 Archer Avenue at Guy R. Brewer Boulevard in Downtown Jamaica, two contiguous lots that can accommodate a building of up to 719,736 square feet and 700 residential units, with the addition of inclusionary housing.

The site is home to a 32,307-square-foot single-story retail strip with a supermarket, a food court, a Rent-A-Center and an inactive eight-story 280,000-square-foot parking garage, according to the marketing materials.

Xu picked up 163-25 Archer Avenue and 163-05 Archer Avenue from Gertz Plaza Acquisition for $11 million a piece in September 2014, property records indicate. DNAinfo reported the next month that together they comprised the largest property in Downtown Jamaica to sell in nearly 10 years.

Commercial Observer reported in July 2015 that Madison Realty Capital provided Xu with $37 million in debt collateralized by the two lots as well as a condominium building in Flushing.