After Less Than a Year in NoMad, Barstool Sports Doubling Offices to 12K SF 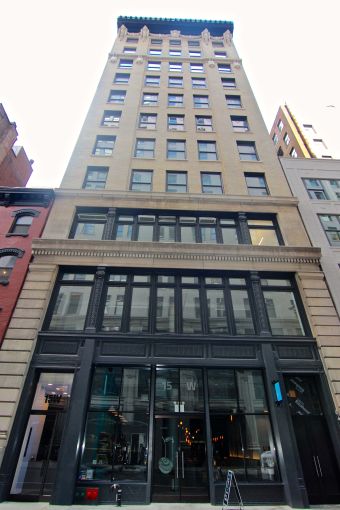 Sports news and information website Barstool Sports has signed a 5,909-square-foot lease to expand its presence at The Kaufman Organization’s 15 West 27th Street to about 11,800 square feet, Commercial Observer has learned.

The company inked a five-deal for the entire second floor of the 11-story building between Broadway and Fifth Avenue, according to information provided by the landlord. The asking rent for the new space was in the mid-$60s per square foot. The news website did not have a broker in the transaction.

Barstool Sports is expanding its offices within just a year of moving into the building. The company signed a lease for the 5,909 square feet, or the entire third floor, in April 2016, as CO previously reported.

“We are excited that Barstool Sports is continuing to grow at [15 West 27th Street], as they are the ideal tenant for our loft-style spaces and bring a youthful and fun vibe to the building,” Kaufman’s Michael Heaner, who represented the landlord in-house with colleagues Grant Greenspan and Elliot Warren, said in a prepared statement.