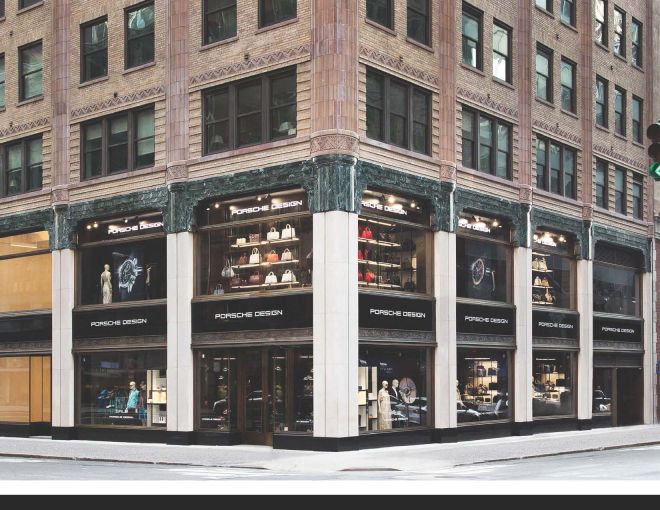 Hickey Freeman, a manufacturer of suits for men and boys, will be opening its first-ever location combining retail space and a showroom, Commercial Observer has learned.

Hickey Freeman will have retail at grade and in the front on the second floor. The back of the second floor will be home to a tailor shop and showroom. “It will act as part of their office space,” Bernstein said. Porsche is in the process of vacating the second-floor space, Brod noted.

“This is the first time they are combining the showroom and retail,” Brod said. Including a tailor and also using it as an office, he added: “They’re trying to put it all together under on roof.”

The lease is for 10 years with options, Brod said. The asking rent on the ground floor was $600 per square foot and on the second floor it was $300 per foot. The new store is slated to open in March.

Robert Freedman of Colliers International represented the landlord. He didn’t immediately respond to requests for comment. The 30-story, 185,000-square-foot art deco building is owned by descendants of Cornelius Vanderbilt III, and Kevin R. Wang of KRW Realty Advisors acts on their behalf.

Hickey Freeman will be joining men’s clothing store Robert Talbott in the retail space at 601 Madison Avenue. Bonobos is diagonally across the street, at 488 Madison Avenue.