A Plan to Combat Climate Change 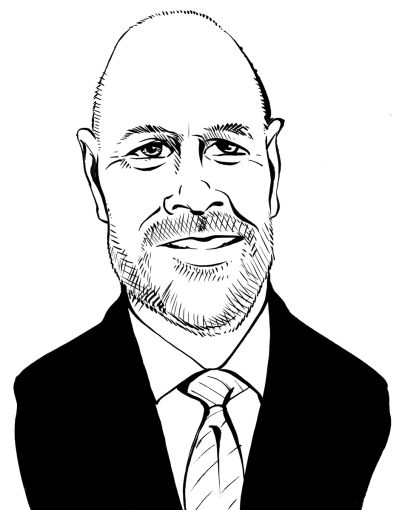 New York City is seeking to emerge as a leader in the fight against climate change, in part because of its ambitious goal to reduce greenhouse gas (GHG) emissions by 80 percent by 2050 from 2005 levels. The city has already lowered its emissions by 14 percent, but a recent analysis in “New York City’s Roadmap to 80 by 50” states that it “must accelerate efforts.”

According to the city’s “One City Built to Last” plan, buildings account for 70 percent of its GHG emissions, making reducing energy usage and finding new efficiencies crucial to meeting this goal.

Construction is booming as the city plans to massively increase its stock of new housing, with residential building spending projected to reach $13.4 billion this year, as compared with $2.6 billion just five years ago, according to the New York Building Congress. Add to that the 20 million square feet of office space that will come online in Manhattan by 2021 and millions more in Brooklyn and Queens.

However, the bulk of the current building inventory will still comprise 85 percent of all buildings in 2030, according to OneNYC. Further, 70 percent of all housing units in the Big Apple were constructed pre-1960, making their modernization vital to meeting the GHG reduction goal.

One of the most important solutions to becoming a cleaner, greener metropolis depends upon looking past the paint and sheetrock of existing buildings to their inner workings: the piping, heating and ventilation systems.

These systems, which are essentially the veins and arteries flowing through a building’s walls, floors and ceilings, are what we regularly rely upon to transport heat, natural gas, steam and water supply lines. In the human circulatory system, clogged arteries can lead to heart disease; Just like when a clog or leak occurs in a pipe, it can disrupt the functionality and efficiency of the entire structure.

Many of our region’s existing buildings have aging piping systems that have reached or exceeded their originally intended lifespans of about 50 years. Retrofitting with new copper piping, which today is expected to last 70 to 100 years, is essential to significantly reducing wasted energy while also holding down climbing utility costs.

The Penn South Houses in Midtown Manhattan, dedicated in 1962 by President John F. Kennedy as a national model of affordable housing for the middle class, is a prime example of how reinvesting in this infrastructure has paid for itself in terms of cost and energy savings in just a matter of years.

About a decade ago, management there recognized that an increasing number of units had been experiencing leaks, so they took action to lengthen the high-quality lifespan of the 15-building complex without displacing tenants. The investment to restore its piping systems has resulted in a 15 percent energy reduction each year, and the resulting cost savings is almost equivalent to an annuity paying back the modernization cost in only a few short years. In addition to offsetting costs, the new systems remain an asset and produce significant savings, environmentally and economically, year after year.

Implementing sustainable solutions such as this is ideal to tackling our changing climate at a local level.

New York City has always served as a national model for coming up with creative and effective solutions to problems that plague all cities. Once again, as we face the grave threat of climate change, our city serves as a laboratory for the ideas and solutions that could help deliver us from this threat for years to come.