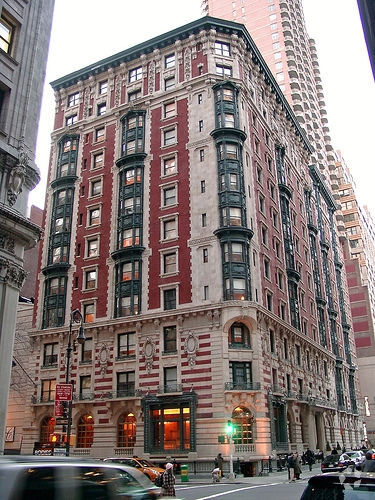 Plans call for leveling the lobby at the 12-story Beaux-Arts style property at 88 Madison Avenue between East 28th and East 29th Streets and creating a new 4,500-square-foot retail space, according to sources familiar with the situation.

GFI is likely to ask around $200 per square foot for the retail space, the sources said, as the area has garnered higher-profile tenants like Italian ceramic surfaces manufacturer Florim at 152 Madison Avenue, Sony Corporation of America at 11 Madison Avenue and Ethan Allen at 915 Broadway.

This will be the second James hotel for the Big Apple. The existing one, called James New York, is at 27 Grand Street in Soho and is owned by PGIM Real Estate. Thor Equities went into contract to buy the 114-key hotel for $70 million, The Real Deal reported in September. (Thor did not comment on the transaction.)

In 2015, GFI picked up 88 Madison Avenue for $162 million using a $153.5 million loan from Apollo Commercial Real Estate Finance for the site’s purchase and redevelopment, as CO previously reported. Nightly rates at the hotel for a single room average at $135 per night, according to online hospitality booking sites.

Correction: In an earlier version of this story, CO reported that GFI also owned the NoMad Hotel, but it sold its interest in the property some years ago.