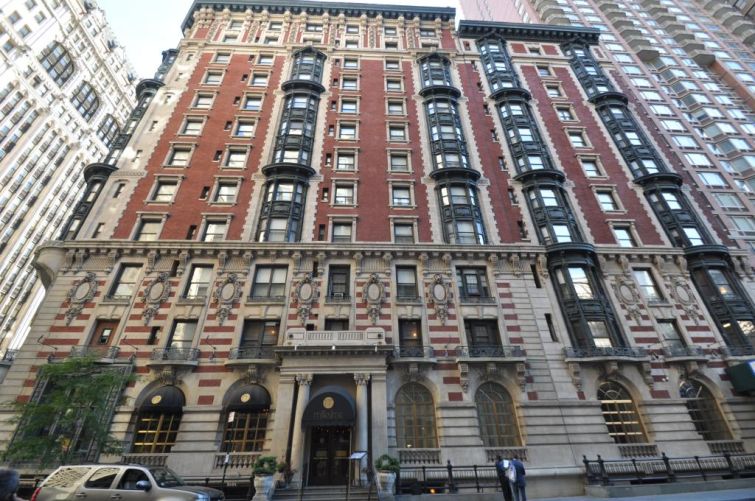 Apollo Commercial Real Estate Finance lent $153.5 million to GFI Capital Resources Group for its purchase and upcoming redevelopment of the Carlton Hotel in Manhattan’s NoMad neighborhood, according to city records made public today.

The floating-rate loan carries a three-year initial term, with two one-year extension options, and is split into a $138.4 million first mortgage loan and a $15.1 million mezzanine loan, according to an earlier press release from Apollo. That release, from Oct. 1, did not name the hotel.

“The whole loan has a loan-to-value of 52 percent and has been underwritten to generate an internal rate of return of approximately 8 percent on an unlevered basis,” the release states.

The debt includes the consolidation of a $100 million loan that Column Financial provided against the 12-story hotel in 2006. The previous mortgage has an unpaid principal balance of $92.4 million, according to the loan documents.

The Beaux-Arts style property, originally built as the Hotel Seville in 1904, sits within walking distance of the Empire State Building. The Carlton, which is part of Marriott International‘s hotel portfolio, features a Tiffany-style glass skylight and a two-story waterfall in the lobby. A standard room at the hotel costs about $240 per night, according to its website.

The specifics of the property’s redevelopment were not disclosed at the time of publication. Representatives for Apollo and GFI Capital declined to comment.