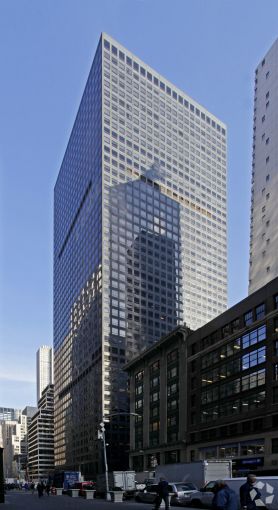 A spinoff of D.E. Shaw & Co. has signed its own deal at 1166 Avenue of the Americas—the home of its former parent company.

Arcesium, a technology firm specializing in financial services, has signed a 39,074-square-foot lease for the entire fourth floor, according to a press release from JLL, the landlord’s leasing agent.

Asking rent in the deal was $78 per square foot, according to a spokesman for the brokerage, who declined to disclose the length of the lease. CoStar Group indicates that it’s a 10-year deal, however, that runs through January 2027.

D.E. Shaw & Co. leases a sizeable chunk of the 1.6-million-square-foot building with 195,000 square feet on the fifth through ninth floors. The hedge fund sponsor renewed that foothold in April for an undisclosed length, as Commercial Observer previously reported.

The firm announced with Blackstone Alternative Asset Management in March 2015 that it would launch Arcesium as an independent company. Arcesium would start with 300 employees with the plan to expand by 100, according to a press release at the time.

The deal comes as landlord Edward J. Minskoff Equities proceeds with a renovation of the lobby of the property between West 45th and West 46th Streets, according to The Wall Street Journal, which first reported news of the deal. The Gensler-designed overhaul includes new lighting and will feature multiple art installations, the JLL release indicates.

Paul Glickman, Cynthia Wasserberger, Jonathan Fanuzzi and Diana Biasotti of JLL represented the landlord, while Timothy Dempsey, Roger Griswold and Munish Viralam of CBRE represented the tenant. A CBRE spokeswoman did not immediately return a request for comment.

In prepared remarks, Glickman said the building is “a premier asset in an ideal location,” noting its location on Avenue of the Americas and its proximity to Grand Central Terminal, Pennsylvania Station and the Port Authority Bus Terminal.