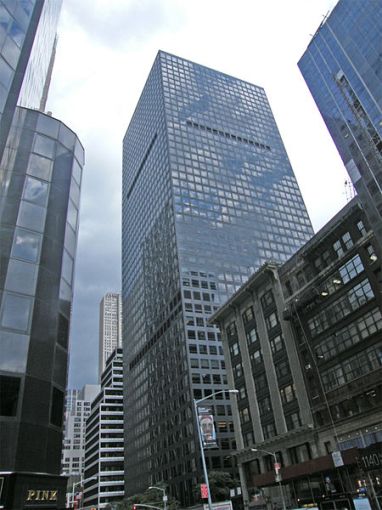 The hedge fund sponsor re-upped for the fifth through ninth floors it currently leases at the 1.6-million-square-foot tower between West 45th and West 46th Streets, according to landlord representative JLL. It wasn’t immediately clear for how long the renewal is, but the transaction closed in April.

The lease is for seven and a half years, according to a source familiar with the deal. Asking rents at the building range from the high-$70s to the mid-$80s per square foot, according to The New York Post, which first reported news of the deal.

Paul Glickman, Cynthia Wasserberger, Jonathan Fanuzzi and Diana Biasotti of JLL represented the landlord along with Jeffrey Sussman of Minskoff in-house. Timothy Dempsey,  Roger Griswold and Munish Viralam of CBRE represented the tenant and declined to comment via a spokeswoman.

D.E. Shaw first moved into the building in September 2010, taking 117,225 square feet, according to CoStar Group. By June 2011, the company had expanded by 78,150 square feet to its current footprint.

The landlord is renovating the lobby with a new design by Gensler, along with other capital improvements at the 44-story building.