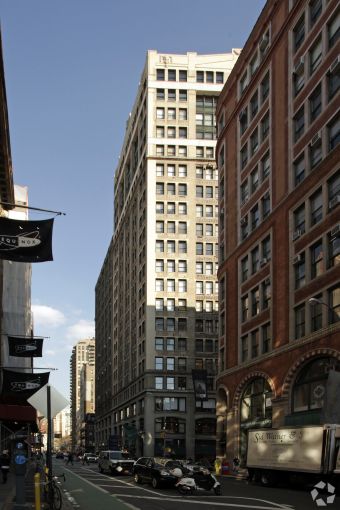 The six-year-old advertising firm’s new deal for 17,000 square feet is triple the size it currently occupies in New York City, according to The Wall Street Journal, which first reported news of the lease.

A spokeswoman for the landlord said the company would relocate from 149 Fifth Avenue between East 21st and East 22nd Streets. There the company leases 5,665 square feet in a sublease that expires in December 2018, according to CoStar Group.

At the Rosen family-owned, 20-story 902 Broadway, Yieldbot will occupy the whole eighth floor, the spokeswoman added. It’s part of a block of space previously occupied by SFX Entertainment, which built out the space but in early November turned it back over to Koeppel Rosen—the leasing and management agent for the property.

Asking rent at the 334,000-square-foot property averages $78 per square foot, CoStar indicates. The length of the lease was not immediately available.

David Koeppel and John Goodkind of Koeppel Rosen, which manages the property, represented the landlord, while Todd Stracci and Hal Stein of Newmark Grubb Knight Frank represented the tenant.

“We toured every creative and collaborative, move-in ready availability in Midtown South,” Stracci said in a statement. “This type of option is ideal for a fast-growing company, but a challenge to find in one of the tightest submarkets in the country.”

Yieldbot’s new lease comes a few months after a $35 million Series C fundraising round for the company. The venture capital raise, which closed in August, was led by Staley Capital Advisors, according to investment tracker Crunchbase.