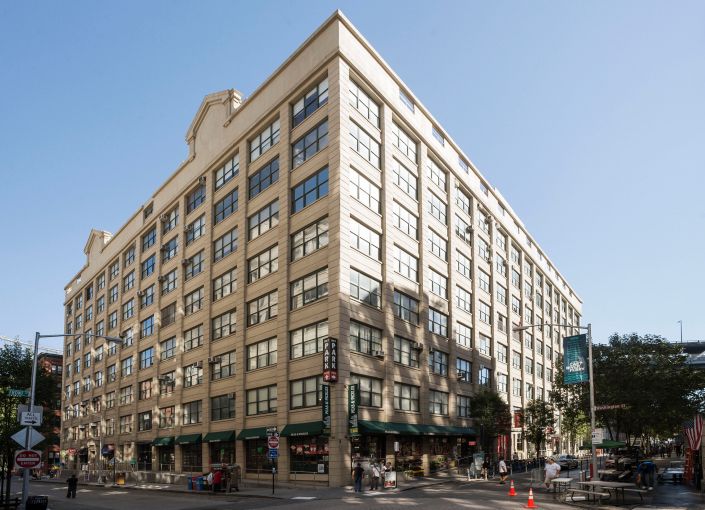 Vice Media, a digital media and broadcasting company, will occupy 30,000 square feet of the 448,300-square-foot building, according to The New York Post.

The deal adds to Vice’s growing footprint along the Brooklyn waterfront. The media agency outgrew its original space in Williamsburg in 2014 and grabbed the well-known party venue Glasslands’ space at 289 Kent Avenue between South 1st and South 2nd Streets, as Commercial Observer previously reported.

Vice has been on the hunt for space in Brooklyn as of late, especially after it acquired beauty and fashion brand development firm Starworks Group in July for an undisclosed amount.

That seems to be the case with another one of its subsidiaries, which signed a deal to expand at the nine-story building, the Post reported. Carrot Creative, which Vice purchased in 2013, will occupy 43,700 square feet at the property.

That’s a big step up from the 5,519 square feet that Carrot Creative currently leases on the 12th floor of Two Trees’ 45 Main Street, also between Water and Front Streets, according to CoStar.

E-commerce behemoth Etsy’s departure from the 108-year-old building made all three leases possible. The publically traded, Dumbo-born firm announced it would vacate some 80,000 square feet when it signed two leases to relocated to the nearby five-building Dumbo Heights complex. Etsy is slated to move into its new space—at 117 Adams Street and 55 Prospect Street, which are connected by a skybridge—later this year. (Jared Kushner, the chief executive officer of Kushner Companies, which co-owns the building, is the publisher of CO.)

Flocabulary, a company that uses music to teach history and math, will move from its fifth floor space at 20 Jay Street, between Greenwich and Staple Streets (also in Dumbo) to 55 Washington. It has inked 9,340 square feet in its new space.

Ultra luxury fitness chain Equinox Fitness was scheduled to open a 22,000-square-foot center on the second floor at 55 Washington this spring. That space, too, was previously occupied by Etsy.