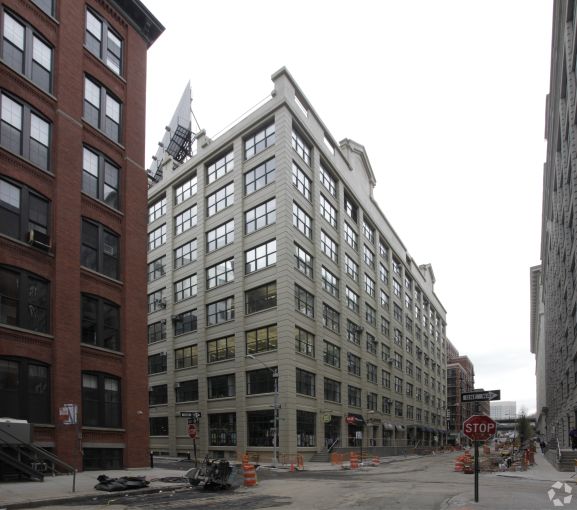 The fitness chain’s Dumbo outpost will open in the spring of 2016 on the second floor of the nine-story commercial and office building between Water and Front Streets, as The Wall Street Journal reported. The terms of the lease were not immediately available.

“Whether working or living in Dumbo, we know folks are excited to have a full-service fitness center of Equinox’s caliber in the neighborhood,” said Jed Walentas, a principal at  Two Trees, who represented the landlord in-house in the deal.

The new home for the fitness chain is currently anchored by online shopping site Etsy, which is relocating in 2016 to nearby 117 Adams Street and 55 Prospect Street in Dumbo Heights, as CO reported last year.

There are 25 active Equinox locations in the city, but only one other active Brooklyn site at 194 Joralemon Street.

A number of new Equinox gyms are planned to open across the city and around the globe. The fitness center will open a 30,000-square-foot location adjacent to Katz’s Delicatessen in a planned development at 196 Orchard Street on the Lower East Side, as CO reported in May.

Another location will open in the planned hotel at 35 Hudson Yards, which is a project by Related Companies, the gym’s parent company. The hotel location will be 60,000 square feet, making it the largest Equinox facility.

An Equinox spokeswoman was not immediately available for comment.

Update: This article has been updated to include comments from a representative of the landlord.