NYC Owners Not Fearful of a WeWork Failure 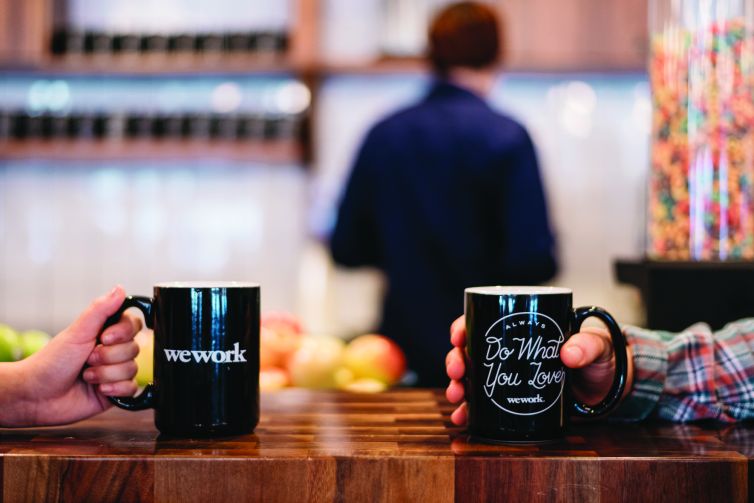 New York City landlords have thick skin. It comes with the territory. And that’s why none of them seem too concerned (if at all) about WeWork, even with the rough summer the $16 billion shared-space startup has just put behind itself.

When we asked Larry Silverstein, the chairman of Silverstein Properties, what would happen if the startup flopped, he said, “Oh graces. I don’t know. WeWork is doing very well. They’re in a number of locations with significant investment in each of those locations. I can’t see any reason why they should go belly up. I hope they don’t.”

Indeed, WeWork, which was founded in New York City in 2010, has locations in 83 buildings in 22 cities across seven countries—and will soon grow to 111 buildings in 30 cities across 13 countries. Even though it remains in growth mode—and has even launched its co-living concept WeLive at William Rudin’s 110 Wall Street—how the company will fare through a downturn remains unclear at this point.

But assuming that WeWork is on the outs—considering it slashed its profit forecast by 78 percent—might be taking things too far, New York City’s biggest landlords told Commercial Observer.

“It’s premature at this point to begin the speculation of WeWork’s demise,” said Joseph Moinian, the president and chief executive officer of the Moinian Group. “It’s safe to say that coworking is here to stay, and WeWork will certainly be competing with a growing pool of similar companies.”

The Numbers May Be a Bit Off

“I don’t see them going belly up,” said Jonathan Simon, the founder, chairman and CEO of Simon Baron. “They provide a very unique product. They may be overvalued in the short run, but the model should continue to work. I wouldn’t be surprised if the valuation goes from $16 billion down to $4 billion overnight.”

Earlier this year, Bloomberg reported that WeWork’s revenue estimate was cut by 14 percent, and there was a 63 percent surge in projected negative cash flow due to delayed building openings and construction spending.

Francis Greenburger, the chairman and CEO of Time Equities, pointed out that the coworking concept is here to stay regardless, “even if WeWork’s current financial model does not work.”

WeWork is WeWorking, in Concept at Least

“The coworking industry is a crucial part of the ecosystem of an entrepreneurial economy, and I am optimistic that this trend will continue,” said Toby Moskovits, the founder and CEO of Heritage Equity Partners. “What will continue to be very interesting is the influence of the coworking culture on traditional office buildings and how owners design, build out and lease their space.”

And it’s good for New York, according to K. Thomas Elghanayan, the chairman, CEO and co-founder of TF Cornerstone. “It’s a great alternative for starter companies looking to get their foot in the door in New York City.”

Ron Moelis, the CEO of L+M Development Partners, agreed that the concept of coworking is here to stay, even if not in its current manifestation. “With or without WeWork, the concept will live on,” he said. “Creative coworking space is great and is something millennials are excited about.” And Gregg Schenker, the president and co-managing partner of ABS Partners Real Estate, concurred: “if [WeWork] is ahead of its time, a successor will likely follow.”

You Can Always Go Back to the Old-Fashioned Way

Jason Muss, the principal of Muss Development, said he’s not sure what will happen, but if it comes down to it, “those subtenants [should] make direct deals with the landlords, who will then have more leases to write and more hand-holding and [tenant improvements] work to deal with.”

WeWork’s buildouts do make it difficult to quickly and cheaply repurpose its spaces, noted Nicholas Bienstock, a managing partner at Savanna. That said, the New York market will be resilient because “the denominator of space is so vast that it won’t have much of an effect on the market.”

Jeff Levine, the chairman of Douglaston Development, said that if WeWork were to fail as a whole, it could provide investors with the opportunity to buy buildings where the startup had a large footprint and then do a repositioning.

At the very worst, “we would be left with a beautiful, all glass, office-intensive installation,” noted David Zar, the principal of Zar Property NY.