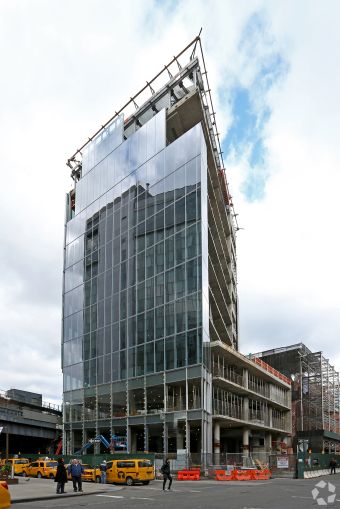 Tesla Motors has inked a 7,800-square-foot deal to relocate its showroom to 860 Washington Street between West 13th and West 14th Streets in the Meatpacking District.

The electric car manufacturer will occupy the ground floor of Romanoff Equities and Property Group Partners’ 10-story, mixed-use building. Asking rent in the deal was $600 per square foot, according to The Real Deal, which first reported news of the transaction. The duration of the lease was not immediately available.

Tesla is currently at L&L Holding Company’s 511 West 25th Street between 10th and 11th Avenues and will be moving into the new space next year. It opened its first Brooklyn showroom at 160 Van Brunt Street in Red Hook earlier this year.

Gregory Tannor and Stuart Romanoff of Cushman & Wakefield represented the landlords while Chris DeCrosta of Crown Retail Services represented the tenant. Tannor and Singer declined to comment via a spokeswoman. DeCrosta did not immediately respond to a request for comment.

As Commercial Observer reported last October, health and wellness design and construction firm Delos was the first tenant to sign a lease at the building, taking 21,706 square feet on the fourth and fifth floors for its global headquarters.