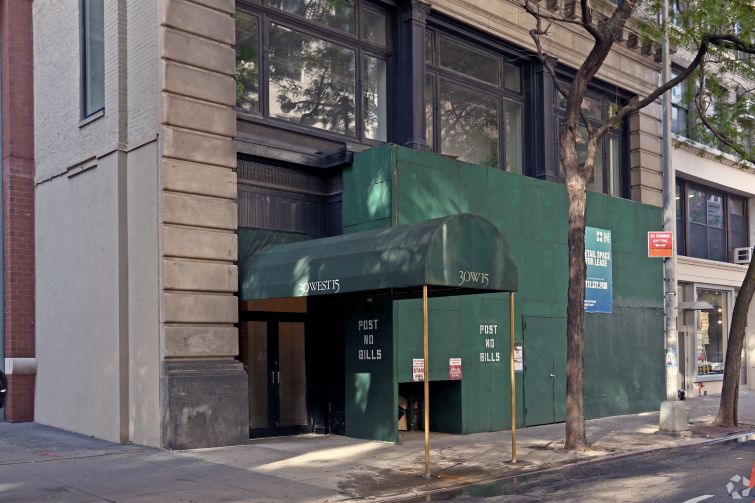 Online party dress and accessories rental company Rent the Runway is moving its Flatiron District store to 30 West 15th Street between Fifth Avenue and Avenue of the Americas, Commercial Observer has learned.

Rent the Runway, which Forbes said is expected to bring in more than $100 million in revenue this year, will be moving into 6,295 square feet, 3,795 square feet of it on the ground floor and the balance in the basement, according to retail broker Jeffrey Roseman of Newmark Grubb Knight Frank.

“This is another great example of an internet retailer going bricks and mortar,” Roseman said. “Nothing beats the traditional shopping experience.”

He and colleague Alexandra Tennenbaum represented the landlord, an entity controlled by Stephen Green (also the founder and chairman of SL Green Realty Corp.) and his wife, in the deal. That entity, 30 West 15th Street Owners Associates, owns the retail condominium unit at the bottom of the 12-story building, which has 21 residential condo units above.

Roseman declined to provide the terms of the lease, but a source with knowledge of the deal said it is for 10 years and the asking rent was $100 per square foot.

Rent the Runway will be leaving its space at 16 West 18th Street, where it has been in 1,706 square feet on the ground floor since 2014, according to CoStar Group. The company’s lease has come due, Roseman said, and it will move to West 15th Street at the end of the year or in the first quarter of next year.

“Our first street-level shop opened in the Flatiron District in September 2014, and is home to our largest selection of looks,” the Rent the Runway website indicates. In New York City, the company also has a style studio at 345 Hudson Street plus a store each in Washington, D.C., Chicago and Las Vegas.

No one from the Rent the Runway immediately responded to a press inquiry, and nor did Greenberg Group’s Zack Gross, who represented the company in the deal.