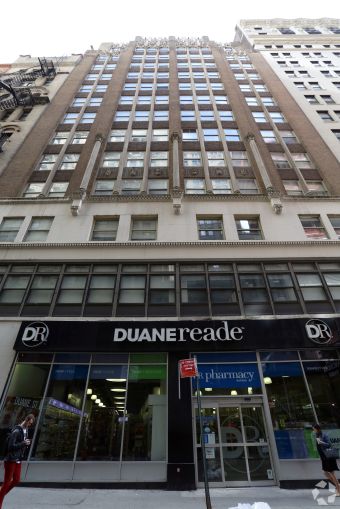 S. Lawrence Davis-headed Shorewood Real Estate Group lined up a duo of private lenders for the construction of The Assemblage/17John, a $160 million mixed-use development at 17 John Street, several sources have told Commercial Observer. The property sits between Broadway and Nassau Street in the Financial District, just east of the World Trade Center and the new Fulton Transit Center.

Private institutional lender ACORE Capital originated a $66 million, five-year first mortgage and Vanbarton Group provided a $39 million mezzanine loan for the development of The Assemblage. Stuart Silberberg, a managing director in ACORE’s New York office, headed up the construction loan, while JLL’s Max Herzog negotiated the debt on behalf of the borrower.

Shorewood is partnering with crowdfunding firm Prodigy Network and Nathan Berman-led developer Metro Loft Management on the project, which is currently in the demolition phase and is slated to open by the third quarter of 2017, Davis told CO. The live/work space is being launched under Shorewood’s new Assemblage line, which will focus on the adaptive reuse of buildings in New York City and provide short-term, furnished residences for its members, as CO previously reported.

“Shorewood tends to focus on adaptive reuse, where we can generate more revenue by [pursuing] an alternative use rather than a traditional unfurnished apartments or retail,” added Davis.

Once completed, the building at 17 John Street will stand at 15 stories, with 81 furnished apartments and 45,000 square feet of coworking space through the second to sixth floors. The property already has two, existing retail tenants: Duane Reade and the Irish American Pub. Mancini Duffy is the architect on the project, while Meyer Davis is in charge of interior design.

Davis said that for this deal, private lenders fit the bill because they are “much more flexible.”

“These business models that we are doing are relatively novel,” he said. “In five years, we’ll look back and we’ll have more traditional lenders lending on [these types of deals], but coworking space and extended-stay, furnished apartments are a relatively newer concept. More traditional lenders are more reluctant. ACORE is an institutional firm with very smart guys who saw the opportunity and felt our business plan was viable. Similar with Vanbarton. The bottom line is we need people that are a little more entrepreneurial and visionary to be willing to finance what is a more unproven business.”

In addition to sourcing debt from private lenders, Rodrigo Niño, the chief executive officer of Prodigy, has raised in excess of $50 million in crowdfunding capital to date for The Assemblage, Davis said.

Metro Loft acquired the site in 1998, according to its website, and Shorewood and Prodigy bought into the deal for $85.3 million in August 2014, property records indicate. At the time, Deutsche Bank provided $56 million in acquisition and pre-development financing. The new debt from ACORE and Vanbarton is replacing that loan.

The Assemblage is one of two co-work/co-living spaces that Shorewood is currently working on in Manhattan. The firm is also constructing The Assemblage/25th Street at 114 East 25th Street in NoMad. Similar to the John Street project, the NoMad development is an adaptive reuse of an existing 12-story building between Lexington Avenue and Park Avenue South. Meyer Davis is also heading up the interior design. Arbor Realty Trust provided $35 million in construction debt for the property in late June.