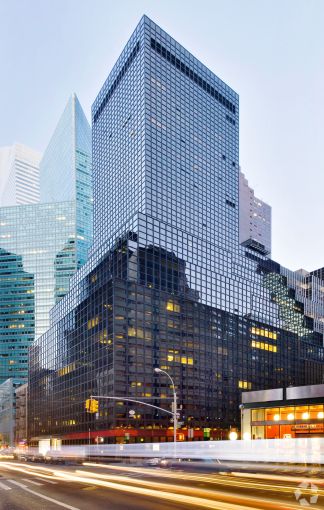 A pair of tenants has scooped up a combined 8,000 square feet at George Comfort & Sons’ 575 Lexington Avenue in Midtown, Commercial Observer has learned.

In the larger transaction commercial lender Emerald Creek Capital inked a 5,030-square-foot deal at the 745,000-square-foot building between East 51st and East 52nd Streets, according to a press release provided by the landlord. The lease is for seven years and the new tenant will occupy part of the 35-story tower’s 31st floor.

Emerald Creek Capital, a portfolio lender specializing in bridge loans, is currently based at One Penn Plaza between Seventh and Eighth Avenues. How much square footage the firm has at the building was not immediately clear.

Asking rent at 575 Lexington Avenue is the low-$80s per square foot, as CO has previously reported.

Andrew Conrad and Dana Pike of George Comfort & Sons represented the tenant, as well as the landlord in-house along with colleague Peter Duncan.

“The city’s prestigious firms continue to be drawn to 575 Lexington, which offers a fully modernized office tower in a classic Midtown location,” Duncan, the president and chief executive officer of George Comfort & Sons, said in prepared remarks.

The second deal was with Murray Analytics, a business services firm, which is moving onto a portion of the 28th floor, the release indicates. The company will occupy 3,059 square feet at the property in a three-year lease.

Duncan, Pike and Conrad represented the landlord in-house, while Omar Sozkesen and Justin Royce of Cushman & Wakefield represented the tenant and did not immediately return a request for comment via a spokesman.