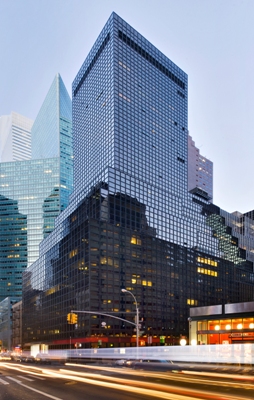 Lively Group is made up of firms with clients including H&M, Toyota, Merrill Lynch and AT&T. The company has been a tenant in the 739,000-square-foot building since 1988, occupying the entire 22nd, 25th, 26th and 27th floors of the 35-story building, according to a press release provided by the landlord. Asking rent in the 11-year deal was in the low-$80s per square foot, according to a source familiar with the deal.

“Lively explored all options available in the market,” Siegel told CO, “In the end, the location and the responsiveness of new ownership at 575 Lexington were compelling factors in the decision to renew.”

George Comfort & Sons acquired the building in September 2015 for $510 million in a joint venture with Angelo Gordon & Co. and Normandy Real Estate Partners.

Duncan said in the press release that 575 Lexington is undergoing improvements to double the size of the windows overlooking the East River as well as increase the light and views from the top floors. The landlord last year finished a renovation that included a redesigned lobby and new entrance to the property.

“We believe the thoughtful upgrades that have been made at the property, as well as its location at the center of all Midtown has to offer, make 575 Lexington an attractive option to a wide range of tenants,” Duncan, the president and chief executive officer of George Comfort & Sons, said in a prepared statement.