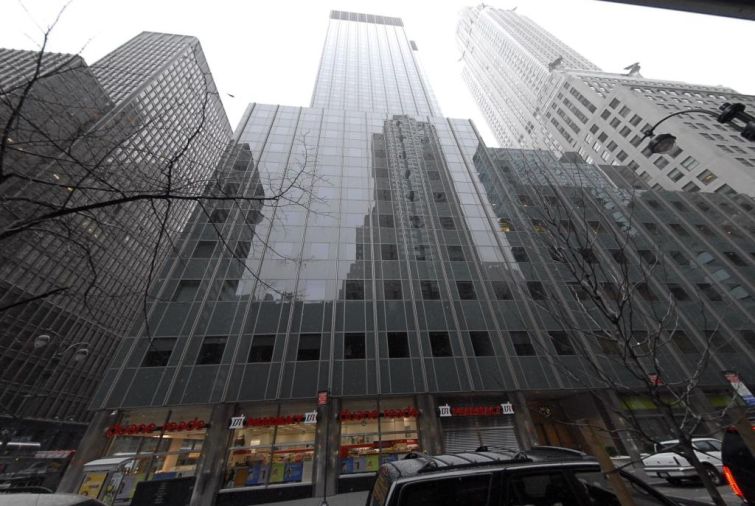 Automated quinoa bowl-only restaurant eatsa has found a second space in Midtown East before opening its first borough outpost, a source with knowledge of the deal told Commercial Observer.

The popular San Francisco meat-free food tech chain, which has no cashiers and operates via an automated ordering process, is slated to open at 285 Madison Avenue between East 40th and East 41st Streets this fall, but it has already secured a new lease for 3,000 square feet at the base of 666 Third Avenue at the corner of East 43rd Street.

“I think it will be absolutely great,” said Steve Zagor, the dean of the School of Business and Management Studies at the Institute of Culinary Education, who is “excited” to try eatsa. “They will get an awful lot more play. It’s like a bigger presence coming to New York.” Besides, he added: “New York is all micro-markets.”

According to the source, the asking rent at Tishman Speyer‘s 32-story, 666,000-square-foot building known as the Chrysler East tower, was $300 per square foot. The length of the lease wasn’t immediately clear.

Eatsa’s quinoa bowls are all $6.95, according to its website. The company has four fast-casual restaurants in California—in San Francisco, Berkley and Woodland Hills.

The source expects both eatsa locations to do well because of Midtown’s density. And he expects eatsa to proliferate in New York City, and become like “a healthy McDonald’s.”

Michael Leifer of Runyon Group represented eatsa. He didn’t respond to requests for comment, and nor did anyone from eatsa. A spokesman for Tishman Speyer said the company declined to comment and wouldn’t provide the names of the individual brokers in the deal.

Tishman Speyer and Travelers Group acquired the office building along with the Chrysler Building at 405 Lexington Avenue at East 42nd Street in 1997 for about $220 million, according to The New York Times. At the end of last year, public relations firm M. Booth & Associates signed a lease for 35,000 square feet at the building, as CO previously reported. Other office tenants include elevator and escalator consulting company BOCA Group, law firm Mintz Levin Cohn Ferris Glovsky and Popeo and the Delegation of the European Union to the United Nations.