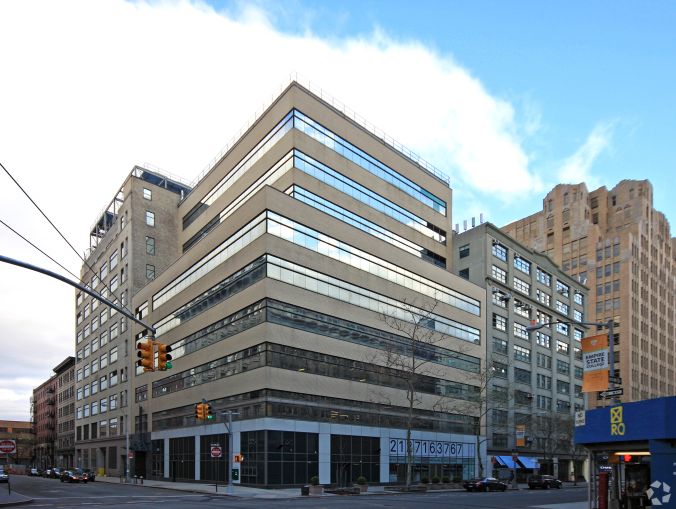 Embassy Row, a Sony Pictures-owned production company, has expanded its offices at 325 Hudson Street, Commercial Observer has learned, by 19,421 square feet on the entire seventh floor.

The company has occupied 11,122 square feet on part of the sixth floor in the 10-story Hudson Square area building for 10 years, according to Newmark Grubb Knight Frank, which represented building owners Jamestown and Netrality Properties. All told, Embassy Row now has 30,543 square feet in 325 Hudson Street, which is between Vandam and Charlton Streets.

“Like the existing sixth floor space, the seventh floor will be used as studios and ancillary offices,” according to a NGKF press release.

The new lease and renewal are for 10 years, a NGKF spokeswoman said. The asking rent was in the high-$60s per square foot. Embassy Row will take possession of the seventh floor on Sept. 1.

“The building’s infrastructure and high ceilings make it a perfect fit for such studio use,” said NGKF’s Eric Cagner, who along with colleague Kyle Ciminelli, brokered the deal for the landlords.

Erik Schmall and Allyson Bowen at Savills Studley represented the tenant. A company spokesman didn’t immediately respond with a comment.

The owners bought 325 Hudson Street in April 2012 for $110 million from a joint venture of Youngwoo & Associates and San Francisco’s Bristol Group, as CO previously reported. The 240,000-square-foot building has become a hot spot for telecommunications companies looking to provide or expand services to businesses in the New York City area, as CO has noted.