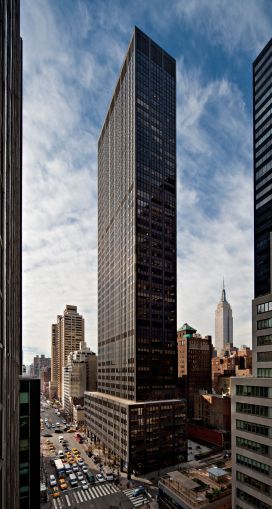 Public relations firm 42West has signed a 12,505-square-foot lease at 600 Third Avenue to relocate its New York headquarters to Midtown East, according to the tenant’s broker Savills Studley.

42West will occupy the entire 23rd floor of the 42-story building between East 39th and East 40th Streets, which is owned by L&L Holding Company. Asking rent in the 10-year deal was $75 per square foot, as The Wall Street Journal first reported.

“42West has enjoyed tremendous growth since its founding by Leslee Dart in 2004,” Tom Reno, the chief operating officer of 42West, said in a prepared statement. “As such, it’s vital that our new offices accommodate both current and future staffing needs. Moreover, 42West sought offices reflective of the high-quality service that we deliver to our clients.”

The growing firm will relocate in December, a Savills Studley spokesman said. The company is moving from its current 11,000-square-foot offices at 220 West 42nd Street between Seventh and Eighth Avenues.

“With this transaction the building gets a quality tenant and 42West upgrades its location while being able to attract and retain employees in a dynamic new environment,” Savills Studley’s Jeffrey Peck, who brokered the deal on behalf of 42West with colleague Gary Kerper, said in prepared remarks.

The national agency, which also has a location in Los Angeles, has developed marketing strategies for movies, television shows, actors, filmmakers, recording artists and authors. Dart, a principal partner at the firm, oversees a team that represents celebrities including Tom Hanks, Nicole Kidman, Conan O’Brien, Halle Berry, Will Smith, Rihanna and Woody Allen.

“Like a number of other creative companies who have recently signed long-term leases, 42West was attracted to 600 Third for its ability to combine a sleek office environment with extraordinary views and the convenience of being located just steps from Grand Central,” Andrew Wiener of L&L, who represented the landlord in-house, said in a statement.