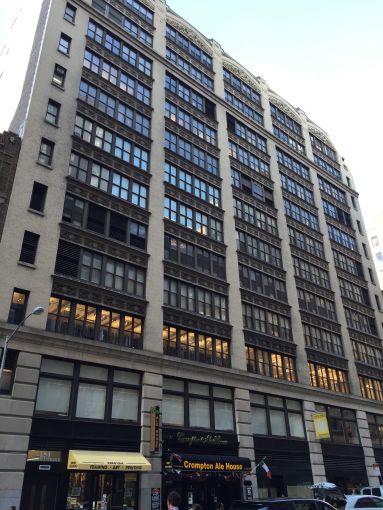 Viant, the firm recently acquired by Time Inc. and the parent company of Myspace, has signed a deal for new offices at 151 West 26th Street in Chelsea.

The firm inked a 17,612-square-foot deal at the Rosen family-owned, building between Seventh Avenue and Avenue of the Americas, according to a press release from Koeppel Rosen, which manages the property. The length of the lease was not immediately available.

Asking rent at the structure is $58 per square foot, according to The New York Post, which first reported news of the deal.

Viant, an advertisement and marketing company, is slated to move into the 204,000-square-foot building later this summer, according to John Goodkind, the head of leasing at Koeppel Rosen.

“Even though the first quarter showed a slowdown in leasing activity in Midtown South, that’s largely due to fewer leasing opportunities in that market,” Goodkind said in prepared remarks. “By contrast, activity and interest in Rosen properties, which are mostly located in Midtown South, continues to be robust and signals a strong leasing year.”

Frederick Fackelmayer and Michael Hirsch of CBRE represented Viant and declined to comment via a spokeswoman.

Time Inc. announced in February that it would buy Viant, folding its operations into the media conglomerate. The company ended up paying $87 million for Viant, as AdverstisingAge reported in May.