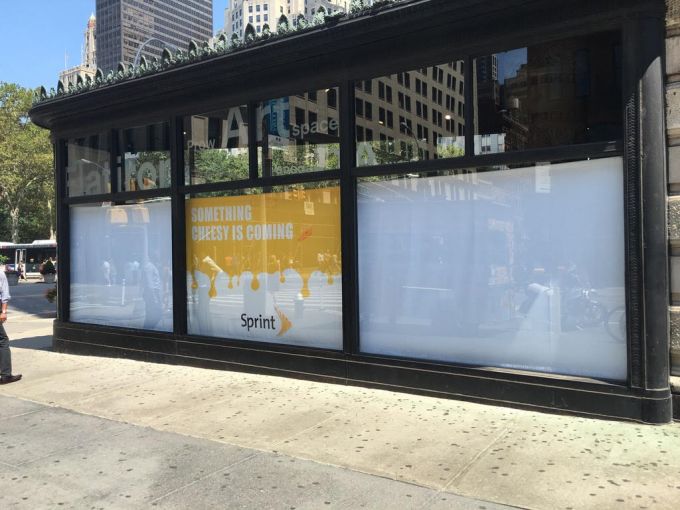 The millennial-geared cable network is launching “Cheddar Life,” a new block of live and on-demand programming focused on health, wellness, pets, beauty, cooking, fashion as well as media and technology, from a studio at 175 Fifth Avenue between East 22nd and East 23rd Streets. The show, to be broadcast eight hours a day, will incorporate interviews, exercise challenges, cooking, video games, street interviews, fashion and beauty and a full bar.

“It’s a creative use of an iconic space,” Jon Steinberg, the founder and chief executive officer of Cheddar, told CO. “It’s the best street-level studio in New York.”

He noted that the Flatiron District is the “center of media at this time,” with companies like Business Insider across the street at 150 Fifth Avenue and BuzzFeed formerly at 200 Fifth Avenue between West 23rd and West 24th Streets.

Cheddar, which Steinberg called “CNBC for millennials,” is occupying 350 square feet in the landmark building through a legal agreement with the building owners (Newmark Holdings and Sorgente Group of America) and Sprint (the tenant in the space). Steinberg declined to provide the terms.

“Cheddar is a company that shares Sprint’s passion for innovation and forging new ways to connect with customers,” Karen Paletta, Sprint’s regional president, said in a press release.

Sprint has been a retail tenant at the base of the building since July 1997 and launched rotating art gallery Flatiron Prow Artspace five years ago. Cheddar will incorporate artwork from the gallery into its set, Steinberg said.

“We are happy to have Cheddar broadcast from the Prow of our iconic Flatiron Building, among the beautiful public art exhibits,” Veronica Mainetti, the president of Sorgente Group of America, said in prepared remarks. Jane Gural-Senders, the executive director for the Flatiron Building and a principal of Newmark Holdings, added: “As a medium defining business news network for millennials, Cheddar will offer our tenants and the surrounding community an exciting new live broadcast that we are thrilled to host.”

Steinberg, who was the president and chief operating officer of BuzzFeed from 2010 to 2014, founded Cheddar in January. He raised $3 million a month later, with the majority of funds coming from Lightspeed Venture Partners. The company has grown from just Steinberg to a team of 20. Cheddar broadcasts from Post 10 on the floor of the New York Stock Exchange, with 100,000 people watching daily, and NASDAQ Marketsite.