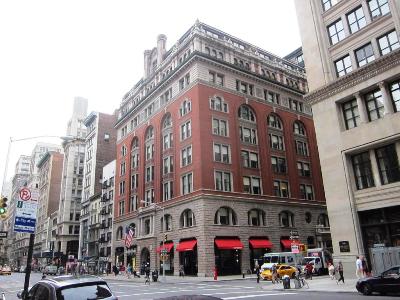 Business Insider, master of the slideshow, has signed a 20,646-square-foot sublease of the entire eighth floor at 150 Fifth Avenue, The Commercial Observer has learned.

The subtenant will pay rent in the low-$50s per square foot in a deal expiring in early 2018, according to data from CompStak.

The building, owned by L&L Holdings, is wholly leased to Universal Music Group following that company’s acquisition of the assets of EMI, a know defunct music company. Sublease deals at the property have previously been signed with Edrington Group, the Scotch whisky company that produces The Famous Grouse and The Macallan whiskies, and TechMedia Network. TechMedia, owner of a number of tech and business websites, signed a deal with rent in the mid-$30s in 2011, according to CompStak.

When reached for comment via email, Andrew Wiener, director of leasing at L&L, acknowledged the deal but said the landlord was not involved in sublease negotiations.