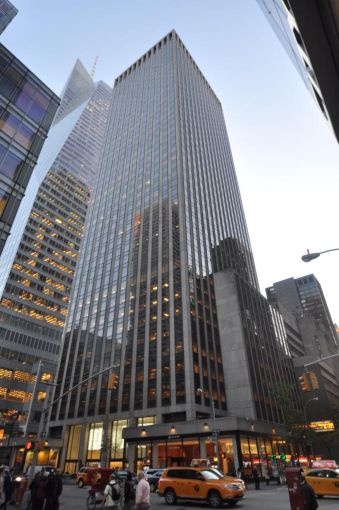 Compensation Advisory Partners, an independent executive compensation consulting firm, is growing to larger digs at 1133 Avenue of the Americas between West 43rd and West 44th Streets, the landlord and the tenant’s broker told Commercial Observer.

The consulting firm has been in 6,000 square feet on part of the 36th floor since 2011, according to a spokesman for the landlord, the Durst Organization. Yesterday, the company signed a lease for 8,906 square feet, spanning the entire (mechanical) 14th floor, according to Bertram Rosenblatt of Vicus Partners. He represented the tenant along with Vicus’ Leo Russell and Jack Sheresky.

“They are basically building it out to our specs, to a really high standard,” Rosenblatt said. “All of the offices will be along the interior and all glass. It’s going to have a much more modern feel.”

The asking rent was $75 per square foot, Rosenblatt said, and the lease is for seven years.

Durst’s Rocco Romeo negotiated the deal for the landlord in-house.

“We are very pleased that we were able to accommodate their growing needs and keep them at 1133,” Romeo said via the company spokesman.

As CO reported in April, property and casualty insurer Chubb tacked on 45,910 square feet at 1133 Avenue of the Americas, bringing its total square footage in the 45-story, 1.1-million-square-foot building to 184,000 square feet. A month prior, Booz Allen Hamilton, which specializes in strategy and technology advising, inked a deal to move into nearly 23,000 square feet at the tower, CO reported.