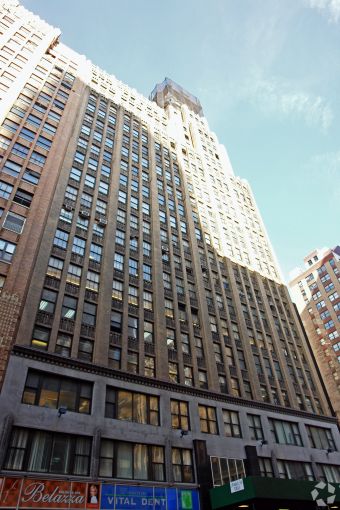 The eight-year-old company is taking the whole 15th floor of the 355,000-square-foot property between West 35th and West 36th Streets, according to information from Kaufman Organization. Asking rent in the deal was in the high-$40s per square foot. A spokeswoman for the landlord said the lease is for seven years.

innRoad, which develops software for hotel marketing and bookings, is moving from around the corner at 261 West 35th Street between Seventh and Eighth Avenues, according to The Wall Street Journal, which first reported news of the deal. The firm will double its office footprint in the move.

Steven Kaufman, Barbara Raskob, Yvonne Chang of Kaufman Organization represented the landlord in-house, while Jack Petrie and Eva Shih of Gerorinda & Associates represented the tenant and could not immediately be reached for comment.

Shared office space provider Workspace Advisory Group signed a deal in January to take the entire 14th floor of the building, as CO reported at the time. Other tenants include Fora Financial, Rosenwasser/Grossman Consulting Engineers and Printech Business Systems.