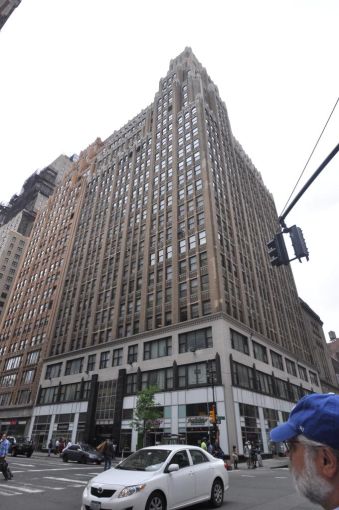 A shared workspace provider has inked a 16,000-square-foot deal at the Kaufman Organization’s 519 Eighth Avenue.

Workspace Advisory Group is taking the entire 14th floor of the 26-story building between West 35th and West 36th Streets for 10 years, according to a press release from the landlord. Asking rent at the 355,000-square-foot building ranges from the high-$40 to $50 per square foot.

The company is headed by Joseph DeTrano, a veteran in the executive office suites industry, according to the press release.

“DeTrano’s reputation precedes him,” Steven Kaufman, the president of the Kaufman Organization, said in prepared remarks. “His success in executing sales and business development strategies has led to his becoming a recognized leader in the executive suites industry. Securing a tenant of his stature elevates Kaufman’s property and solidifies 519 Eighth Avenue as an office destination.”

Advocate Community Providers, a health care network for low-income areas, has already made a deal to move into Mr. DeTrano’s offices, according to The Wall Street Journal, which first reported news of the deal. The company will use the Workspace Advisory Group office for administrative purposes.

Mr. Kaufman represented the landlord in-house with colleagues Barbara Raskob and Yvonne Chang. Alan Sinovsky of Sinovsky Realty Services represented the tenant and did not immediately return a call for comment.