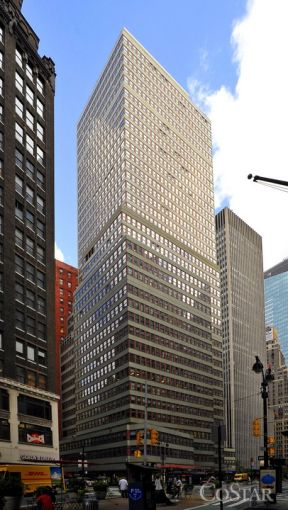 Fashion company Ikeddi Enterprises, which manufactures and designs clothes for girls and women, has signed an early office renewal and expansion at 1407 Broadway, Commercial Observer has learned.

The clothier will be moving its headquarters from the entire 13,700-square-foot 29th floor of the building to 22,318 square feet on part of the 16th floor, a source with intimate knowledge of the deal said.

Asking rent in the 10-year transaction was in the mid-$60s per square foot, the source said. And Ikeddi Enterprises is hoping to move into its new digs, which are between West 38th and West 39th Streets, around January 2017. The apparel company is known for its female youth-targeted brands Ultra Flirt and Missunderstood.

San Francisco-based Shorenstein Properties purchased the 34-year master lease at 1407 Broadway from Abraham Kamber & Company and a sub-ground lease at the site from Lightstone Group for a combined $330 million in April 2015, as CO previously reported.

Bob Foreman of Shorenstein Properties, who handled the deal in-house, did not immediately return a request for comment via a spokesman.

Other fashion tenants in the building include Lands’ End, Louise Paris and Alex Apparel Group.