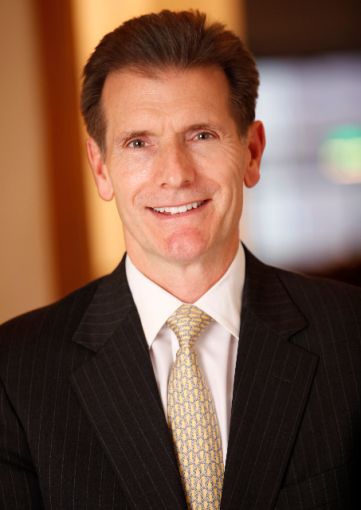 Skanska is having a busy 2016. Financing on the $4.2 billion LaGuardia Central Terminal B redevelopment closed on June 1 and work on the behemoth public-private partnership (PPP) is now underway. The developer is simultaneously bidding on the Penn Station renovation, reconstructing the Saint Nicholas National Shrine and pursuing opportunities in the healthcare sector. Thomas Webb, Skanska’s general manager for the New York metro region, has been with the company for almost 31 years. Webb sat with Commercial Observer to give us the lowdown on the projects that are capturing his attention right now, and why we may see more PPP projects pop up on this side of the pond.

Commercial Observer: What are your responsibilities at Skanska?

Webb: I’m the general manager for the metro New York region, which primarily encompasses the five boroughs, Westchester, Northern New Jersey and Southern Connecticut. We’re a $1 billion to $1.25 billion per year region [in terms of revenue].

How has the industry changed over the past few decades?

It hasn’t gotten any easier, that’s for sure. It’s a very exciting market, and it’s a challenging one, but I wouldn’t want to build anywhere else. We [at Skanska] like a challenge—it’s a badge of honor. Regarding the industry as a whole, I think that the union, nonunion debate here in our area raises some interesting issues from time to time. We are 100 percent union here in the city, but all you have to do is look around at the [construction projects] to see many that aren’t.

One encouraging [change] for us is there have been more design-build opportunities available over the past five years, which we strongly encourage—we really like that delivery method. Also, there are more public-private partnerships. PPP has been very popular in Europe for years, the U.S. has been slow to adopt it but we are at the forefront now with projects like the LaGuardia Airport redevelopment.

Can we expect an increase in the number of PPP projects in the U.S.?

I think so—I don’t know that there is going to be a “revolution,” but with all of the budget concerns that you have throughout different parts of the country—both at state and local levels, the funds aren’t always available to get projects off the ground. So people are looking at alternative financing means. That is one of the major components of the LaGuardia project—that it’s not publicly financed. I think there will be more opportunities like that.

What is keeping you busy right now?

Healthcare is one of our main stakes. It’s a business we’ve really built up in this region over the last five years and is one of our core markets now. As far as other prospects, there is the James A. Farley Post Office renovation at Penn Station—the revitalization and reprogramming renovations on this project is something we are competing for. I think [Gov. Cuomo’s] overall plan, as far as all the money that has been committed to improving the infrastructure here in New York and the planned transformation over the next five to seven years, is very exciting to see.

Then we have the Greek Orthodox Church [Saint Nicholas National Shrine] Downtown at Ground Zero. It was the one unfortunately that was totally destroyed, and we are reconstructing it. It has taken a long time to get this worked out, some 15 years later. The church is being designed by Santiago Calatrava who designed the World Trade Center Transportation Hub. It’s going to be an incredible facility—it’s being designed with glass and marble such that during the day it will appear white, but at night it will actually glow from within. It’s far from our largest project. But, it’s one we are very focused on, and it’s receiving an incredible amount of attention. It’s scheduled to be complete by 2018.

And when will you hear back on the Penn Station Request For Proposal?

We don’t know yet—the procurement efforts are complicated. We would certainly hope that we’ll hear sometime this year, but you just never know with something that large. We’re hoping to hear sometime this summer and are cautiously optimistic.

How does Skanska keep its competitive edge?

We don’t always. If we won everything, I’d probably be retired by now. It’s like baseball: If you can bat at .300 you’re doing great. That said, I think our biggest competitive edge is everything we can bring to the table internally. We start with our Skanska Civil counterparts. We have Skanska underpinning that foundation, we have Skanska Koch from steel erection, and we have the old Slattery Skanska. That’s all under Skanska Civil. It’s 100 years of experience that no one can duplicate.

How do you approach the financing of projects?

There’s some Skanska money involved in deals. But, we primarily use external financing, and we bring our expertise to help us to secure that financing. With certain projects, such as LaGuardia, it’s a great competitive advantage—for others, not so much. But then you’re back, quite frankly, to being something of a commodity, which we are trying to get away from. The construction management business is very low margin and extremely competitive. There’s a lot of risk involved still, and so we look for opportunities where we can take on more risk but get a better payout at the end of the day if we do our jobs right.

Tell us about the Westchester project you’re working on.

It’s Westchester Medical Center—we’re doing a major expansion there for them. It’s just getting underway, and it’s going to be a great project for us. We did a smaller lobby expansion for them, and they are a great client to work for. Quite frankly, that geographic region is proving to be pretty fertile ground for healthcare projects and work in general, so we’re very excited about it.

Why does the healthcare sector appeal to you?

It’s going to sound a little corny, but we have a slogan that says, “We build what matters.” And, we do. We have a physical product at the end of what we do. We look at health care as contributing to the betterment of society. We’re helping to expand or build these health care institutions. Some of these facilities being built are really moving the needle forward in the treatment of cancer and other diseases. We’re not the physicians, we’re not the doctors, we’re not the scientists—but we’re providing the facilities that allow them to do their work, and we take great pride in that. It was a driving factor in why we wanted to get into that business, and there is a great payoff from a social responsibility standpoint.